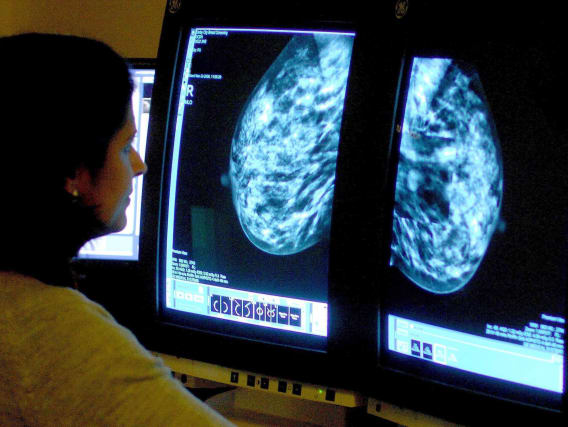 Gaining or losing weight between the waist and hips in the first year after breast cancer surgery could double the risk of recurrence, research suggests.

Women with oestrogen receptor (ER) positive breast cancer whose abdominal body fat increased or decreased were at greater risk than those whose body shape remained stable, according to a new study.

However, the research presented at the UK Interdisciplinary Breast Cancer Symposium in Birmingham also found changes in abdominal body fat were associated with a lower recurrence risk in ER negative breast cancer.

Scientists say this shows for the first time that changes in body shape in the first year after surgery may affect patients’ outcomes differently.

Authors Professor Helena Jernström, from the division of oncology and pathology at Lund University, Sweden, and oncology resident Helga Tryggvadottir, said: “This study is the first suggesting that changes in waist-hip ratio during the first year after surgery impact the risk of breast cancer recurrence differently depending on whether the tumour is driven by oestrogen.

“Our study also emphasises the importance of considering women’s body constitution in making decisions about their treatment and care.

“As well as changes in body shape being linked to recurrence risk, we also found that a stable weight was associated with a better clinical outcome than substantial changes in body weight.”

The researchers said further studies into the long-term impacts of weight loss on the risk of recurrence are “imperative” before it is recommended to all overweight patients.

Breast cancer is the UK’s most common cancer, with around 55,000 women and 370 men being diagnosed each year, and around 11,500 women dying.

Up to 80% of breast cancers are ER positive, meaning that they contain proteins called oestrogen receptors and can be stimulated to grow by the hormone.

It is not uncommon for weight to be gained during or after breast cancer treatment for several reasons.

These include diets or tastes changing, steroids being given with chemotherapy, the menopause being brought on by treatments, or people being less active than usual when having or recovering from treatment.

In the new study of 1,317 women with primary breast cancer in Sweden between 2002-2014, researchers gathered patients’ body size measurements at surgery and one year after.

Waist-hip ratio (WHR) is a proxy measure for fat on the abdomen and is defined by the circumference of a person’s waist divided by circumference at their widest hip point.

The World Health Organisation recommends that a woman’s WHR is less than or equal to 0.85.

At a median follow-up of five years, 165 out of 1,317 women experienced a recurrence of their breast cancer and 77 women died.

The analysis found women with ER positive breast cancer who changed WHR were twice as likely to see their cancer return, compared to women whose WHR remained the same.

Changes in WHR were associated with a seven-fold reduction in risk in those with ER negative tumours, the research suggests.

Women under 50 were found to be most likely to gain weight during or after treatment, which itself was found to be linked to an increased risk of recurrence in this age group.

However, the research, also published in journal Cancer Causes & Control, found no benefit of weight loss on the risk of recurrence in this group.

The authors caution that further studies are needed to validate their findings.

Baroness Delyth Morgan, chief executive at Breast Cancer Now – which is hosting the symposium, said: “We’d urge women not to be unduly worried by these results.

“Thanks to decades of progress in research and care, most women will not see their breast cancer return.”

She added that the findings emphasise the need for health advice to be personalised as much as possible.