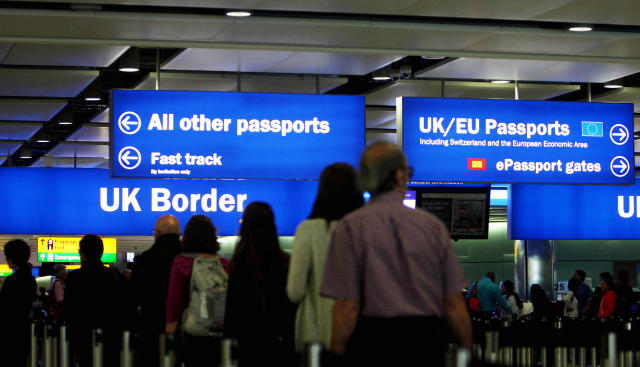 Nicola Sturgeon has called on the UK Government to engage with proposals for a separate Scottish visa system aimed at tackling the country’s post-Brexit needs.

On Monday, the First Minister published a document, Migration: Helping Scotland Prosper, which floated a number of ways in which the Scottish system could diverge from the rest of the UK.

Plans were also revealed for pilot schemes to boost the populations of rural areas.

The First Minister said demographic change after Brexit would hit Scotland harder than the rest of the UK, meaning a bespoke approach was needed to attract talent north of the border.

The document, which the First Minister said was shaped by a government advisory group along with business bodies across Scotland, laid out five possible methods for the creation of the visa system, ranging from total Westminster control to fully devolved to Holyrood.

Ms Sturgeon endorsed either models three or four, in which the UK Government would be responsible for the final checks on prospective migrants but would offer more input to the devolved administration on the criteria and eligibility assessment.

The First Minister told the assembled crowd in Edinburgh: “The hard reality is this – without continued inward migration in the years ahead, there’s a real risk that Scotland’s working age population will fall.

“The end of free movement will, in my view, harm the whole of the UK, but it will be uniquely harmful for Scotland.

“It’s likely to weaken our economy, damage the delivery of our public services and make some of our communities less sustainable.

“That is the reason for today’s paper and the proposals it contains.”

She added: “A common, UK-wide approach to immigration simply hasn’t worked in Scotland’s favour for some time now.

“I hope the UK Government will be prepared to work with us to deliver a Scottish visa.”

The First Minister stressed the proposals were designed to work under devolution but they could be adapted for use in an independent Scotland.

Speaking to journalists after the event, Ms Sturgeon said there have been no discussions with the UK Government about the proposal, however she hoped that Boris Johnson would engage with the Scottish Government on the issue in the near future.

Ms Sturgeon went on to brand “one size fits all” immigration system as being “pretty disastrous” for Scotland.

When asked about the possibility of an outright refusal from Downing Street or the Home Office to engage in talks, the First Minister said: “I’m not going to sit here … and say that they’re going to jump and say yes.

“But equally, I know what the risks and the realities will be if we don’t have this.

“If there is a complete blanket refusal to discuss these things then the view that the Westminster system is incapable of accommodating Scotland’s distinctive interest just becomes more and more of a real thing.”