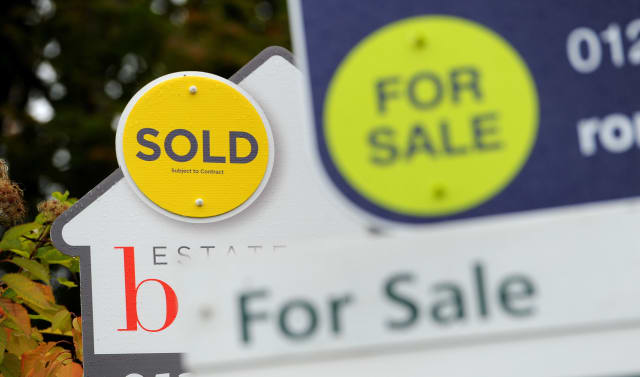 The number of mortgages approved by high street banks jumped to the highest annual total in a decade last year amid signs the housing market is moving up a gear.

Commenting on the report from trade association UK Finance, economists suggested that low mortgage rates have already helped to boost activity – and a further bounce in mortgage approvals following the mid-December general election result could still be on the cards.

The trade association said 2019 marked the highest annual total for mortgage approvals since 2009 – when 986,742 home loans were handed out.

Seasonally adjusted figures also show that 46,815 loans for house purchase got the go-ahead in December – the highest monthly total since August 2015.

Samuel Tombs, chief UK economist at Pantheon Macroeconomics, said: “The jump in mortgage approvals in December likely solely reflects the stimulus provided by the sharp fall in mortgage rates in the second half of last year.

“The additional boost to approvals from the result of the general election still is to come.

“The minimum feasible time between approaching a lender and receiving a mortgage offer is about two weeks, due to the time required for a surveyor to provide their report to the bank and detailed credit checks to be performed.

“So, with the election on December 12 and Christmas holidays in the way, any evidence of a post-election pick-up in demand won’t be seen until January.”

Mark Harris, chief executive of mortgage broker SPF Private Clients, said: “2019 turned out to be a strong year for the mortgage market, even with disruptive headwinds caused by Brexit and a general election.

“Lenders remained keen to lend and offered the rock-bottom mortgage deals to prove it.

“With transactional levels low, many lenders didn’t do as much lending as they would have liked, which means there is plenty of cash left in the pot for this year.”

Howard Archer, chief economic adviser at EY ITEM Club, said: “December’s jump in mortgage approvals adds to a growing amount of firmer data and survey evidence suggesting that the housing market could well be changing up a gear.”

UK Finance added that credit card repayments continued to offset spending in December, so that the level of borrowing on plastic increased by 2.4% annually – down from a recent high of 6.6% annual growth in October 2016.

Personal savings deposits increased by 2.5% in the year to December. Three-quarters of deposits were held in immediate access accounts – meaning people could get their hands on their cash quickly if necessary.