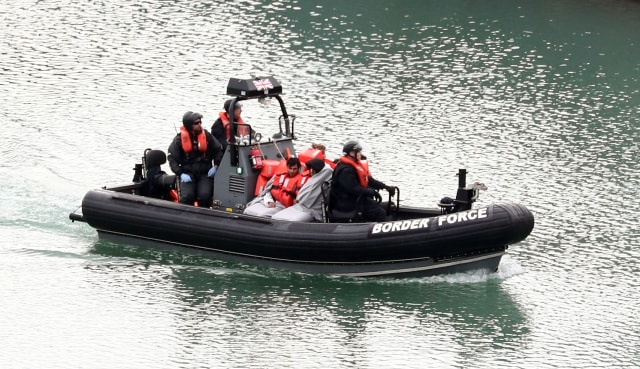 Despite near-freezing temperatures nearly 200 migrants risked their lives to try and cross the English Channel in the past week.

Border forces on both sides of the channel have been alerted to small boats – at least 15 in total – making attempts to reach UK soil.

At least 180 migrants tried to cross from the continent to Britain between January 20 and January 26, according to figures from UK and French authorities.

This comes despite repeated warnings about the dangers of making the trip in a small boat.

The English Channel is the world’s busiest shipping lane, with 500-600 ships passing through the narrow strait every day.

What is more, air temperatures along the UK coast this week dipped as low as 1C (33.8F), data from the Met Office suggests.

The Home Office says it is “tackling illegal migrant crossings on all fronts with every agency” and working alongside their counterparts in Europe.

More crossings over the weekend brought the total number of migrants picked up by Border Force and brought to the UK in the last seven days to at least 94.

“Last year one hundred people smugglers were convicted for a total of 320 years.”

On Saturday a Border Force vessel was alerted about 5.30am to a boat entering UK waters which was carrying a group of 26 males and two females who have presented themselves as Pakistani, Afghan, Iraqi, Iranian and Syrian nationals.

The group was taken to Dover in Kent, where they were to be medically assessed, before being interviewed by immigration officials.