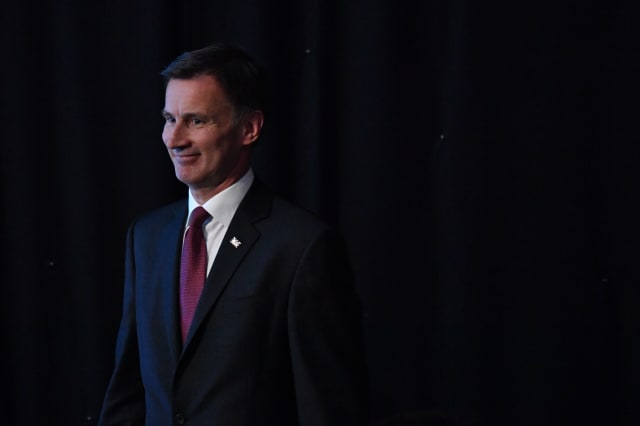 Increasing spending on the NHS is not enough without investing in a long-term plan for the social care system, former health secretary Jeremy Hunt has said.

Speaking during the second reading of the NHS Funding Bill, Mr Hunt said he failed to negotiate a five-year funding settlement for social care at the same time as he helped secure one for the NHS.

Mr Hunt, who was foreign secretary before he lost the Conservative leadership contest to Boris Johnson, told MPs: “It is absolutely true that if we don’t have an equivalent five-year funding plan for social care, then this won’t be enough money for the NHS.

“This is because of a total interdependence of the health and social care systems.

“This is not about finding money, important though it is, to stop people having to sell their homes if they get dementia.

“This is about the core money available to local authorities to spend on their responsibilities in adult social care.

“I tried to negotiate a five-year deal for social care at the same time as the NHS funding deal that we’re negotiating today. I failed.

“But I’m delighted that I have a successor with enormously strong persuasion skills and indeed great contacts in the Treasury and I have absolutely no doubt that he will secure a fantastic deal for adult social care.”

He admitted it was hard as health secretary to say the NHS had enough money when it did not.

He said: “It is the challenge of his job and the job that I had before that you have to stand at that despatch box and constantly say the NHS has enough money when in reality it very rarely does.”

He added: “When I was in his job I fought two general elections with prime ministers who were rather keen not to talk about the NHS.

“The second of the two (Theresa May) did want to talk about the social care system and I think both of us rather regret that that happened with the benefit of hindsight.”

Mr Hunt said the Government’s spending proposals would put the UK near the top of developed countries in terms of health spending.

He added: “We are heading towards being amongst the top quartile of spenders amongst developed countries as a proportion of our GDP on health and that is a very significant increase.”

Mr Hunt replied: “It is absolutely the case that we are heading to being one of the higher-level spenders when it comes to our commitment to health.”