City watchdog fined over failures with its own staff pension scheme 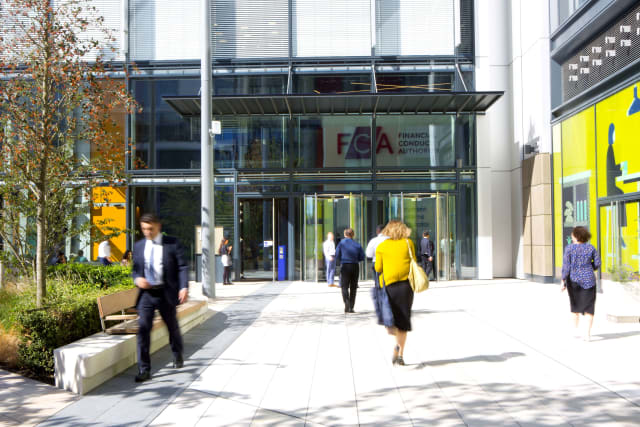 The City watchdog responsible for regulating financial services has been censured for failing to run its own pension scheme correctly.

The Financial Conduct Authority (FCA) was named and shamed by the Pensions Regulator following routine checks as officials set up their own auto-enrolment pensions scheme for its staff.

Regulators found that the FCA failed to provide specific details on what regular training its pension trustees received to make sure they are on top of their brief.

They also ruled the regulator should have provided more historical detail on the costs charged by fund managers investing the pension pot – although officials pointed out this had been on the members’ website.

The Pensions Regulator also should have said which date the most recent review of the investment strategy had taken place. The incidents led to a £2,000 fine.

This means the FCA wanted to set up its own auto-enrolment “master trust” scheme and had to send over details on its DC, or defined contribution, scheme.

The watchdog added: “The FCA Pension Plan Trustee has apologised to members of the Plan, and reviewed systems and processes to ensure all the required information is available to members and the 2019 governance statement (provided in October) was fully compliant.

“The Plan’s application to become an authorised Master Trust has been approved.”

It comes at an embarrassing time for the FCA, as its chief executive Andrew Bailey prepares to take over as the 121st Governor at the Bank of England.

An internal memo, leaked to the Evening Standard in November, found that the organisation’s £60 million head office had been reduced to “shameful” squalor.

According to the letter, staff were “leaving cutlery and crockery in the kitchen areas, overflowing bins, stealing plants and charging cables from desks, catering and security teams being subject to verbal abuse, colleagues defecating on the floor in toilet cubicles on a particular floor, urinating on the floor in the men’s toilets and leaving alcohol bottles in sanitary bins”.