The words Brexit has brought us: Knowing your Backstop from your Yellowhammer 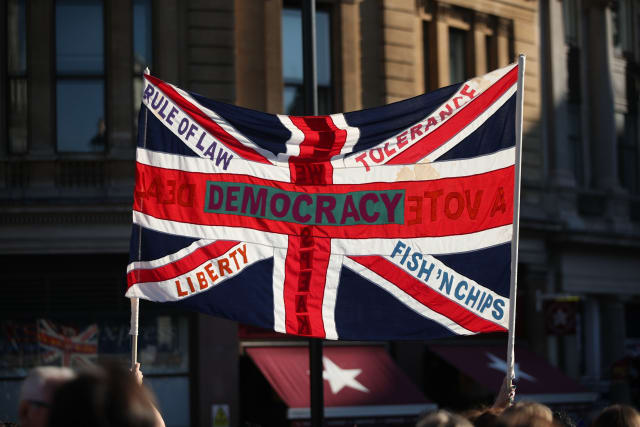 The campaign to leave the European Union has led to many previously unfamiliar terms entering common usage.

A variety of words and phrases have made their way into the national conversation since Brexit barnstormed its way to the top of the news agenda and into our daily lives.

Some are entirely new, while others are names and descriptions which until recently most people would not have been familiar with.

Here we look at the jargon – some of the “diplospeak” if you will – that the Brexit process has made mainstream.

We all heard Theresa May declare that “Brexit means Brexit”, but our understanding of the word was cemented by the clarification from lexicographers that “Brexit” is “the (proposed) withdrawal of the United Kingdom from the European Union, and the political process associated with it”.

Brexit was added to the Oxford English Dictionary in December 2016, with lexicographers saying the word filled an empty space in the language. It is now used globally.

After Brexit, the Irish border will become the UK’s only land border with an EU member state. The border has been a key stumbling block in Brexit talks.

There are almost 300 crossings between north and south along what was, during the Troubles, a heavily-militarised 310-mile frontier.

The border that separates Northern Ireland and the Republic of Ireland has been virtually invisible since the establishment of the European Single Market in 1993 and the signing of the Good Friday Agreement in 1998.

Debate has raged over whether a “hard” or “soft” border would result from the EU pull-out and the possible fall-out for peace, trade and freedom of movement on the island.

It has been suggested that technology could be used to manage cross-border trade, ensuring that it remains a soft border, and therefore avoiding the checkpoints that would likely be required by a hard border.

The backstop was effectively an insurance policy required by the EU to ensure the border between Northern Ireland and the Republic remains open if no wider deal is agreed on future UK/EU trade.

Under the deal agreed between Prime Minister Boris Johnson and Brussels, Northern Ireland will remain aligned with single market regulations on goods.

The UK will leave the EU customs union, as will Northern Ireland.

The region will remain an entry point into the EU’s customs zone.

The DUP strongly objected to the terms of the PM’s deal.

Also sometimes described as an envoy, he is Mr Johnson’s Europe adviser who holds talks with Brussels officials.

A breakthrough in talks between the UK and EU in early October led to the start of so-called intensive “tunnel” negotiations.

The tunnel is Brussels jargon for secretive and intensive talks among a select group of negotiators.

The Irish Times reported that, when a journalist asked a European Commission official where the tunnel was, they replied: “The tunnel is not a place, but a state of mind.”

Article 50 of the Treaty on European Union states that: to withdraw from the EU, a member state has to notify the European Council of its intention.

After that, the EU “shall negotiate and conclude an agreement with that state, setting out the arrangements for its withdrawal, taking account of the framework for its future relationship with the Union”.

The formal process to leave the European Union started when then-PM Mrs May triggered Article 50 on March 29 2017.

The European Commission describes the single market as “one territory without any internal borders or other regulatory obstacles to the free movement of goods and services”.

Its aim is to stimulate competition, improve efficiency and cut prices by removing barriers to trade, such as tariffs on imported goods.

The single market covers all members of the European Economic Area – 28 EU states as well as Iceland, Liechtenstein and Norway.

A customs union is a group of countries which abolish import tariffs and quotas on goods traded among themselves.

Members of the union commit to observe a common external tariff, so that goods coming from outside the area pay the same duties, regardless of where they enter the bloc.

A no-deal break means Britain would immediately cease to be an EU member state and would leave the bloc without a formal agreement in place.

Overnight, the UK would cease to be part of the single market and customs union.

Should the UK leave without a deal, the legal basis for the free movement of goods between Britain and the EU would disappear and instead the UK would have to abide by World Trade Organisation (WTO) rules.

This would mean a new tariff regime as well as new customs and regulatory checks.

The European Research Group, or ERG, is a group of Conservatives defined by their strong Eurosceptism and formerly led by Jacob Rees-Mogg.

The holy grail for some Eurosceptics was an ambitious Canada-style free trade agreement with the EU, removing tariffs from almost all imports and exports of goods, offering co-operation on standards and allowing mutual recognition of professional qualifications.

A Canada-style agreement would allow the UK to leave the EU institutions, end freedom of movement and strike new trade deals elsewhere in the world.

Some supporters of a “soft Brexit” argue that the UK should take its lead from the members of the European Free Trade Association (Efta) – Iceland, Liechtenstein, Norway and Switzerland – and seek a close relationship with the EU short of full membership.

As a member of the European Economic Area (EEA), Norway enjoys full access to the internal market for most trade in goods, but must implement the bulk of Brussels regulations without having a say in its decisions. It also pays substantial sums into the EU budget.

Yellowhammer is a codename used by the Government relating to no-deal planning.

Not just another delay to Britain’s exit from Brussels, but a special, flexible one that can be shortened from the maximum three months if needed.

It meant the UK would be able to leave the EU earlier than the January 31 2020 deadline if a Withdrawal Agreement was ratified by Westminster and the European Parliament in time.