The key numbers on Britain and its EU links 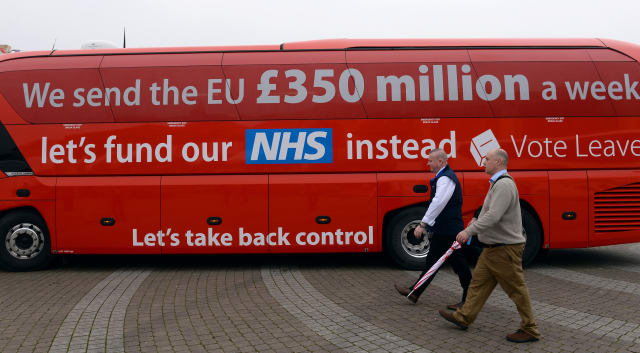 Here is a look at Brexit and the UK’s relationship with the EU in numbers.

– 230: The margin of defeat for Theresa May’s deal in the first meaningful vote in the Commons. MPs including 118 Tories voted by 432 votes to 202 to reject the deal. It was the biggest defeat for a prime minister in British parliamentary history.

– 99: The margin of victory for Boris Johnson as he succeeded in getting his Brexit Withdrawal Agreement Bill through the Commons in January 2020.

– 45%: The proportion of UK goods and services exports destined for the European Union in 2018. Some 53% of UK imports came from the EU.