Scientists and mathematicians to have fast-tracked UK entry from February 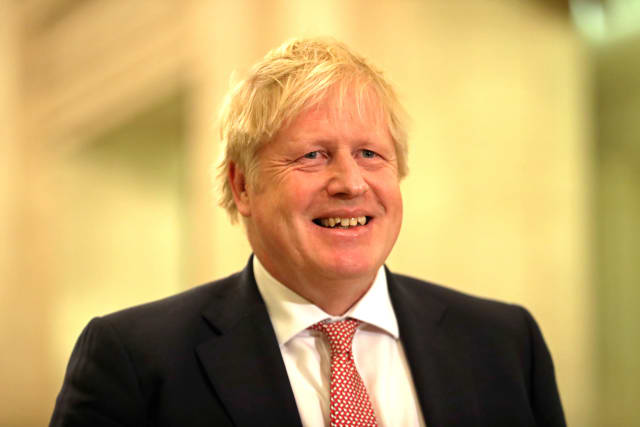 Top scientists, researchers and mathematicians will be given fast-tracked entry to the UK from next month, the Prime Minister has announced.

Boris Johnson said he wanted to send a message that Britain is open to the “most talented minds in the world” as the country leaves the European Union.

The “Global Talent” visa route – to be opened on February 20 – will not be capped. It will replace the Tier 1 (Exceptional Talent) route.

Mr Johnson said: “The UK has a proud history of scientific discovery, but to lead the field and face the challenges of the future we need to continue to invest in talent and cutting-edge research.

“That is why, as we leave the EU, I want to send a message that the UK is open to the most talented minds in the world, and stands ready to support them to turn their ideas into reality.”

The scheme, managed by the UK Research and Innovation organisation which will endorse applicants, will enable UK-based research projects that have received recognised prestigious grants and awards to recruit global talent.

Applicants will not need a job offer before arriving in the UK under the visa and it will provide an accelerated path to settlement for all scientists and researchers who are endorsed on the route.

Home Secretary Priti Patel said: “The UK is a world leader in science, with research and innovation that changes lives being undertaken every day in this country.

“To keep the UK at the forefront of innovation, we are taking decisive action to maximise the number of individuals using the Global Talent route including world-class scientists and top researchers who can benefit from fast-tracked entry into the UK.”

The Government has also announced a £300 million investment to fund experimental and imaginative mathematical sciences research over the next five years.

It will double funding for new PhDs and boost the number of maths fellowships and research projects.

Business Secretary Andrea Leadsom said: “Leaving the EU gives us new freedom to strengthen research and build the foundations for the new industries of tomorrow.

“By attracting more leading international scientists and providing major investment in mathematics, we can make the UK a global science superpower and level up our country.”

UK Research and Innovation chief executive Professor Sir Mark Walport added: “Today’s announcements further underline the importance of research and innovation to the future success of the UK and the Government’s continued commitment and investment.

“Working with the Government, UK Research and Innovation is ensuring that the UK remains a globally leading environment for research and innovation.

“Our ambition is clear, to create a stronger research and innovation environment that is focused on supporting talented people and realising the full potential of their work.”

The announcement was welcomed by the Royal Society, whose president Venki Ramakrishnan said it “sends out a positive message that the UK is committed to remaining open to overseas science talent”.

And Professor Julia Buckingham, president of Universities UK, said the visa is a “positive step towards” making the UK a “magnet” for global science and research talent.

She added: “The visa route will help to ensure that universities can attract the brightest scientists and researchers to the UK with minimal barriers.”

However, Liberal Democrat home affairs spokeswoman Christine Jardine said the announcement was “nothing more than a marketing gimmick”.

“Boris Johnson is showing that he fundamentally doesn’t understand what makes our science sector so successful. Changing the name of a visa and removing a cap that’s never been hit is not a serious plan,” she said.