Post-mortem on father who died with daughter in house fire 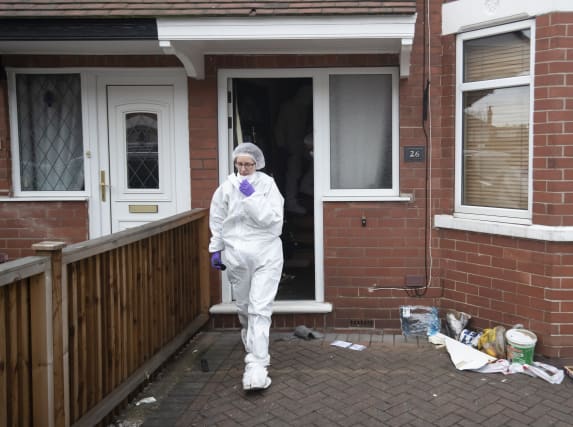 A post-mortem is being carried out on a man who died along with his 10-year-old daughter following a fire at a property on the outskirts of Hull.

Emergency services were alerted to a fire at a house on Wensley Avenue, Cottingham, after a neighbour made a 999 call at around 7.49am on Saturday morning.

Crews from Humberside Fire and Rescue Service went into the property and located the 47-year-old man, who died at the scene, and a 10-year-old girl, who later died in hospital.

Neighbours had tried to break down the door to alert the two people inside, named locally as Garry Bolton and his daughter Paige, of the blaze.

Chief Superintendent Darren Downs said on Sunday that support was available from a number of local agencies and charities for anyone affected by the incident.

He said: “We know that this has also had an impact on the wider community, so please feel free to speak to our officers in the area if you have any queries or concerns.

“Investigations into this kind of incident are very complex and take time to complete, so it’s unlikely that we will be able to provide any further details about the incident until early next week.”

He asked that people “avoid speculating about the circumstances” of the incident and for anyone with any information to get in touch with the force.

The mother of a friend of Paige, who gave her name only as Emma, told the PA news agency she was “heartbroken” following the incident, calling the 10-year-old a “lovely, kind girl”.

“Me and my daughter are in complete shock,” she said.

“Garry was such a quiet spoken soul and Paige was only 10, way too young, and had the rest of her life to live.”

Neighbour Carl Goodfellow said he had tried to rescue those inside after he spotted smoke coming from the house, and shouted through the letterbox in an attempt to raise the alarm.

“We tried to break the door down, but them composite doors are a bit strong,” he told the BBC.

“I was banging on the window to try and get some attention, but there was nothing.

“We did try to alert him, but there was no response.”

The property was cordoned off by police on Saturday afternoon, while emergency services worked to establish the cause of the blaze.

Investigators wearing white forensic suits were seen working at the house, where flowers and a toy rabbit have been left in tribute near the police cordon.