Monday night could be the coldest of this winter 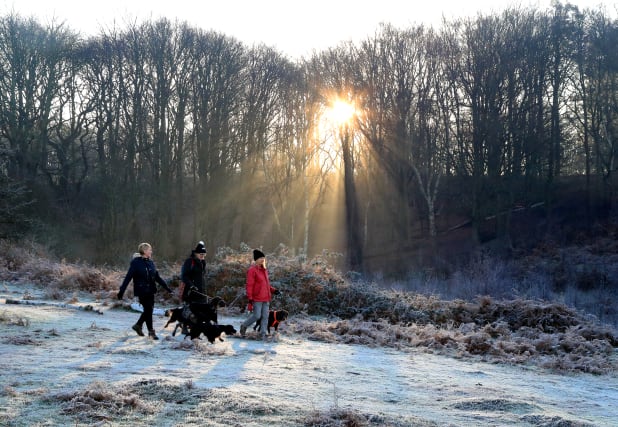 The coldest night of winter so far could be approaching, with some areas forecast to hit temperatures as low as minus 10C (14F).

Scotland and northern areas of the UK will see what could be the lowest temperatures of the season on Monday night, according to the Met Office.

Snow is forecast for the highlands and high-level areas of northern England, where yellow weather warnings for ice are in place.

Ice is also expected to sweep the rest of the country throughout the day, even reaching the south coast.

Overnight temperatures will range from minus 10C (14F) in sheltered areas of Scotland, to between minus 1C (30.2F) and minus 2C (28.4F) in Cornwall and Dorset.

Met Office Meteorologist Simon Partridge said: “There’s potential that we could see the coldest night of winter so far on Monday night going into Tuesday morning.

“It depends if we have clear skies over snow for long enough.

“This leads to cold temperatures, and we’ll certainly have two cold days.

“Sleet and snow showers are forecast for Monday, which will bring icy patches to low ground and snow to higher ground.”

He added that a chilly breeze will also add to the wintry climes on Monday and Tuesday, although daytime temperatures will be near the average of around 2C (35.6F) for this time of year.

Luckily, the wintry weather is set to be a “short sharp cold spell” over two days before milder weather moves in on Wednesday.