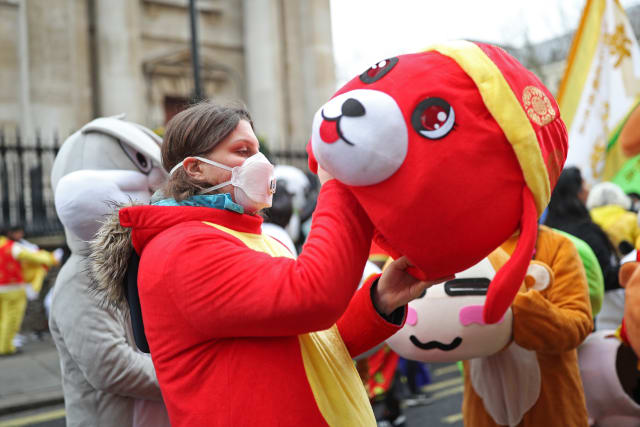 A large crowd took to the streets of London on Sunday morning for the colourful parade that ushers in the Chinese new year.

The celebration began in Chinatown and moved across the capital to Trafalgar Square with parade floats, martial artists and costumed performers. The ever-popular dragon and lion dancers moved their way along the parade route with their long and colourful puppets held on poles.

The year of the rat began on January 25, with the date changing each year depending on the lunar calendar.