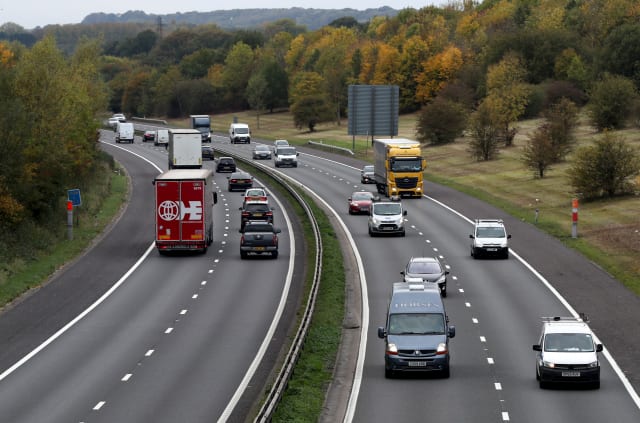 A haulage industry leader does not expect the Brexit transition period to have any impact on lorry drivers, but warned the next 11 months of negotiations are critical for the industry.

Richard Burnett, chief executive of the Road Haulage Association, said he expects “nothing to change” when the UK withdraws from the European Union on Friday, with customs rules and procedures staying the same.

But an “enormous amount of work and preparation” is required to ensure business carries on smoothly once the transition period ends on December 31, he told the PA news agency.

“At the moment we’ve got full access across Europe,” he explained. “We would like to keep that symmetry with Europe in terms of their ability to come to the UK and our ability to go to them.

“We’ve got to negotiate those terms so we don’t have to fall back on permits and bilateral agreements.”

Failure to secure an agreement with the EU could be “as bad as a no-deal situation”, he claimed.

There were suggestions that a no-deal Brexit could have caused chaos in Dover and Calais with huge queues of lorries struggling to pass through customs.

Mr Burnett expressed confidence that the Government and civil servants “understand the enormity of what needs to be negotiated”, but raised doubts over whether businesses and the general public appreciate the situation to the same extent.

He said: “What needs to happen is a real understanding with business and the population of the UK, that they’re all going to have to re-adapt to these processes that are going to be agreed over the next 11 months.

“It’s going to mean a lot of change for those people.

“Are the general public going to think it’s all done, that’s it?

“This transition period is probably going to be the hardest and most difficult piece of the jigsaw to put together. We’re nowhere near out of the woods.

“If they don’t prepare and they’re not ready, then those implications of no-deal are just as real.”