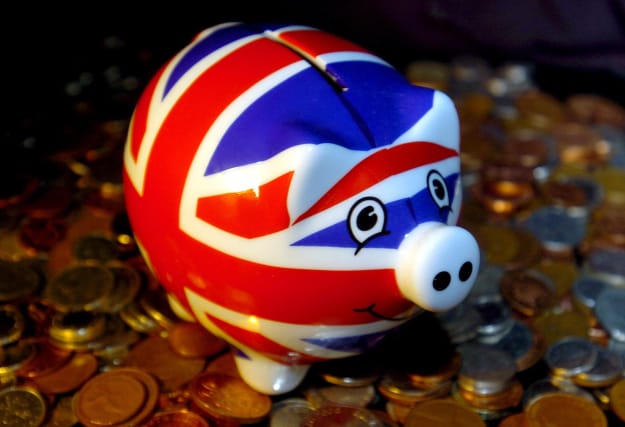 Britain’s at times turbulent relationship with the EU has seen its fair share of ups and downs, but no-one can deny it has been key in shaping the country’s economy.

Just what impact EU membership has had on the economy has become a point of contention in the Brexit debate.

The economic benefits and the costs to the UK of being part of the trading bloc have been used by Remainers and Brexiteers alike in their arguments since the EU referendum was called four years ago.

Here we take a look at some of the key moments of the past 47 years of EU membership for Britain’s economy and the outlook for life after Brexit.

Britain’s entrance to the then European Economic Community (EEC) in 1973 saw trade barriers with its European partners torn down, acting as a catalyst for the UK economy, which had been stuck in a rut for some years.

By axing tariffs and quotas with other European countries, the costs of trading across the bloc came down significantly, helping give a major boost to UK trade.

Professor Nick Crafts at Sussex Business School – a renowned economic historian – said it also helped shape up Britain’s then flabby manufacturing sector as it was forced to compete.

“What Britain needed was a lot more competition – it was inefficient,” he said.

“It was also a way of reducing the trade union power at the time.”

The creation of the single market in 1993 is seen as being one of the EU’s greatest economic achievements and, for the UK, it amplified all the European bloc trading benefits it had already been enjoying.

According to Investec economist Philip Shaw, it gave the UK unprecedented trading access to a “not inconsiderable” market of now more than 400 million people.

Around half of the UK’s trade in goods is made with the EU – with just under 50% of goods exported going to the EU in 2018 and nearly 60% of goods imported coming from our European neighbours.

Mr Shaw said this “partly reflects the economic facts of life that it’s easier to trade with economies on your doorstep”, given lower transport costs, but also the fact it is a tariff-free zone.

Aside from trade, the creation of the single market and Britain’s access to it also spurred on an enormous amount of direct foreign investment into the UK.

Foreign multinationals were clambering to launch plants in the UK to tap into this lucrative giant market.

Foreign investment is still crucial for the UK, with ONS figures showing its book value stood at a record £1.3 trillion in 2017.

Mr Shaw said there were some paybacks from the EU trading boom, which he pointed out came “arguably at the expense” of trade deals with former Commonwealth countries, such as Australia and New Zealand.

But he said: “With something like half a billion people on your doorstep, you would have to restrict trade by a very significant amount, in an economic sense, for this benefit to be outweighed.”

According to Mr Shaw, another key economic moment for the UK was the “event that didn’t happen” – Britain’s decision not to adopt the euro when it was launched in 1999.

Economists are generally united in seeing the move by Britain as a canny one, allowing it instead to determine its own monetary policy.

It has also enabled the UK to use the pound as a tool to boost the economy when needed, as lowering the value of the pound can make exports more attractive to foreign trading partners, including the EU.

“Had Britain become a member of the single currency, then at that time in 1999, UK interest rates would have been forced down, causing a boom and subsequent bust in the economy,” said Mr Shaw.

Experts have attempted to put a figure on the benefits of EU economic membership to the UK, as well as the possible impact after Brexit.

The CBI has previously estimated the net benefit of EU membership is worth around 4% to 5% of gross domestic product (GDP) to the UK – or £62 billion to £78 billion a year.

Mr Crafts said his own calculations put the GDP boost at around 10% and estimates the economy will be some 5% smaller – all in all – after Brexit than it would otherwise have been.

It will offer Britain some trade autonomy to strike deals with economic powerhouses, such as the US.

But Mr Crafts said it was a moot point whether that “compensates fully for being a small country negotiating on its own rather than a really big trade bloc”.