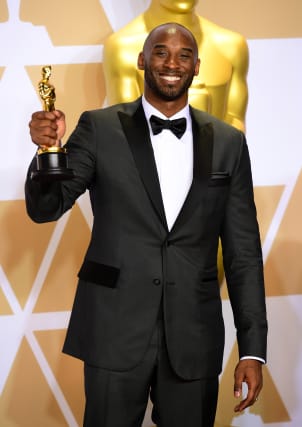 Celebrities have paid tribute on social media to basketball star Kobe Bryant after he died in a helicopter crash on Sunday, aged 41.

Lakers player Bryant died in the crash near Calabasas, California at 10am local time, along with four other passengers.

One of NBA’s most popular players, who won five championships, Bryant and his family have received condolences from celebrities and fans alike.

Actress and television personality Whoopi Goldberg said Bryant was a “hero” to her family in a tribute on Twitter.

“RIP Kobe, hero to many including my grandson, extraordinary athlete and always kind to me and my family. My deepest condolences to his family,” she said.

Actor Idris Elba wrote on Twitter: “Kobe is G. Will always be remembered. A sad day.”

Olympic Gymnast Simone Biles posted a photo of the US gymnastics team with Bryant, saying: “Rest in peace Kobe”.

US politician Alexandria Ocasio-Cortez paid tribute to Bryant and the other passengers of the helicopter.

She said on Twitter: “Deeply shocked at the news of Kobe Bryant and four others lost today. Sending all my thoughts to their families and loved ones in this devastating moment.”

Singer Justin Bieber posted a photo of himself as a child with Bryant on Instagram.

He said: “It can’t be. You always encouraged me mamba. Gave me me some of the best quotes that we smile about to this day! Love you man!”

Actress Reese Witherspoon said she was “devastated” to hear the news of Bryant’s death.

She said on Twitter: “Just devastated to hear about Kobe Bryant. An extraordinary athlete, and a genuinely kind, wonderful man. Sending love, prayers and compassion to his family.”

“Continuing to move the game forward (at) King James,” Bryant wrote in his last tweet.

“Much respect my brother.”

Bryant retired in 2016 as the third-leading scorer in NBA history, finishing two decades with the Lakers as a prolific scorer with a sublime all-around game and a relentless competitive ethic.

He held that spot in the league scoring ranks until Saturday night, when the Lakers’ LeBron James passed him for third place during a game in Philadelphia, Bryant’s hometown.