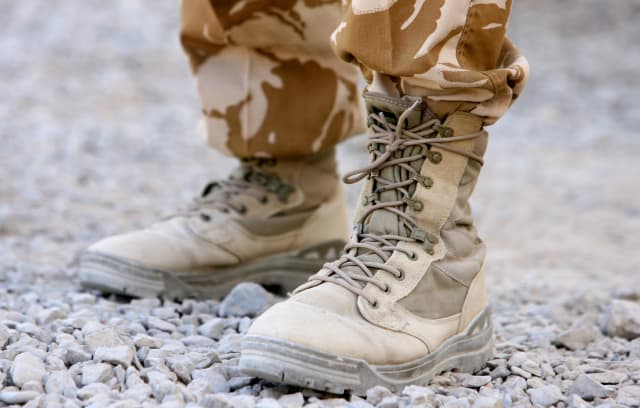 A mental health charity for military veterans is no longer able to take new cases in England or Wales due to a funding crisis.

Combat Stress said its income has fallen from £16 million to £10 million in this financial year partly due to a cut in its NHS funding support, and said the decision to turn down new cases had been taken “with great sadness”.

The charity said until 2018 it got more than £3 million a year from NHS England, but that now 90% of its funding comes from public donations.

Combat Stress still gets more than £1 million from NHS Scotland and will continue to take on new cases there and in Northern Ireland.

It had been receiving around 2,000 referrals for treatment a year.

It will now send all new referrals from England and Wales to the NHS, which Combat Stress said “needs to demonstrate” it can deal with the increased demands.

“I don’t believe the NHS can pick this up. That is why we exist,” Sue Freeth, chief executive of Combat Stress, told the BBC.

She said that 80% of veterans who come to the charity have either used the NHS and have not had their needs met, or have felt unable to use NHS services.

Last September, Mr Mercer, who is a former Army captain, vowed to provide veterans with the “best mental health care in the world” after saying post-combat stress “ripped apart” those he served with.

“I have an intimate understanding of the issues. I am not going to pretend for a minute that I have all the answers – I don’t think anybody has got all the answers.

Several organisations and charities have warned of a rise in the number of veterans taking their own lives.