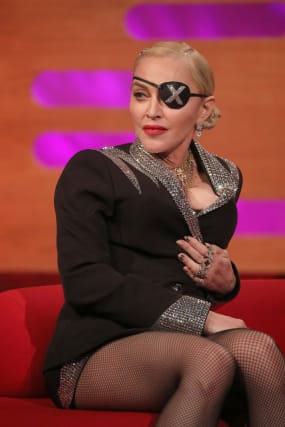 Madonna has cancelled the first London show of her Madame X tour, after saying she “must listen to her body and rest”.

The star was due to perform the first of 15 London shows on Monday at the London Palladium, but has pulled out because of an injury.

The Like A Prayer singer also cancelled a show in Lisbon, Portugal, earlier this week.

“Sorry I had to cancel tonight but I must listen to my body and rest!

“That white port got me through the rest of the show!

“See you on Tuesday fingers crossed.”

The Like A Virgin singer also said she had been warming up for her shows “very carefully” because of her injury last week, with a video showing her limbering up while wearing knee supports.

Fans who had paid more than £300 for the show expressed their disappointment on Twitter.

One supporter said: “I’m so gutted and upset.

Ticketmaster, who sold the tickets for the events, said refunds have already been issued and apologised for the inconvenience.

Madonna’s next show is due to go ahead at the London Palladium on Wednesday January 29, followed by 13 more performances at the venue before the singer takes her tour to Paris.