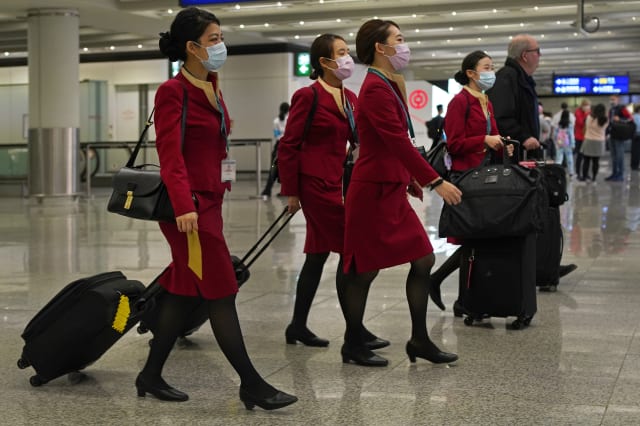 A deadly coronavirus outbreak has been recorded in Wuhan, China, with the death toll now rising above 40.

How has the UK reacted to the infection, and how has it spread to other countries?

The Department of Health announces enhanced monitoring from all flights from Wuhan to the UK, but there are few to be checked, after the Chinese city of Wuhan is essentially shut down in an attempt to control the spread of the virus.

Train stations and the airport were closed, while ferries and long-distance buses were also stopped.

“To my knowledge, trying to contain a city of 11 million people is new to science,” Gauden Galea, the WHO’s representative in China, told The Associated Press.

There are 17 confirmed fatalities from the virus.

Public Health England confirms that 14 people in the UK have been tested for the virus, with five having come back negative, and another nine awaiting results, while Health Secretary Matt Hancock says the NHS is “ready to respond appropriately” to any cases of coronavirus that emerge in the UK.

The World Health Organisation says it is “too early” to declare a public health emergency.

Singapore, Vietnam and Hong Kong all report their first cases of the illness.

Matt Hancock chairs a Cobra meeting on the Government’s planned response to the virus.

Afterwards, he reiterates to reporters on Whitehall that the threat to the UK is “low”.

Chief Medical Officer Professor Chris Whitty, confirms that the tests for coronavirus on 14 people in the UK have all come back negative but there are checks ongoing on others.

Health officials team up with Border Force agents and airlines to try to track down around 2,000 people who have recently flown to the UK from Wuhan.

Three cases are confirmed in France – one in Bordeaux and two in the Paris area – the first in Europe.

The Chinese National Health Commission reported a jump in the number of infected people to 1,287, while the death toll rises to 41.

Four cases are confirmed in Australia, one in Victoria and three in New South Wales.