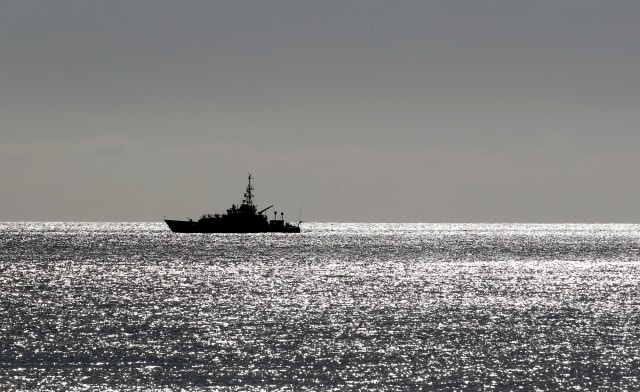 Border Force has intercepted 12 migrants in a small boat travelling across the English Channel.

The men, who presented themselves as Iranian nationals, were met by a coastal patrol vessel on Friday morning, the Home Office confirmed.

Dozens of migrants have sought to cross the busy shipping lanes of the Channel this week despite repeated warnings about the dangers.

French and UK authorities continue to intercept small boats on a daily basis, many of which carry women and children.

The 12 men were taken to Dover where air temperatures were as low as 4C on Friday morning. They will be medically assessed before being interviewed by immigration officials.

A Home Office spokesman said: “We are working closely with the French and Belgian authorities to stop small boats leaving European shores and arriving in the UK illegally.

“Those who seek to come to the UK unlawfully and the ruthless criminals who facilitate journeys are all breaking the law and endangering lives.

“There are multiple live investigations ongoing and we look for every opportunity to gather evidence and intelligence to disrupt and bring to justice these criminals.”

Earlier on Friday French authorities confirmed that a further 11 migrants were intercepted off the coast of Calais.

On Thursday seven men who presented themselves as Syrian nationals were intercepted by Border Force and taken to the UK.