Time running out for three million yet to file tax return 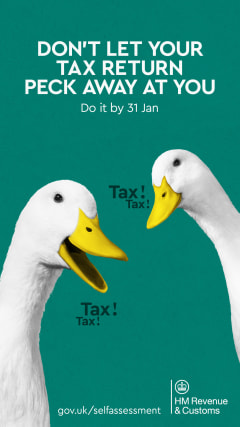 More than three million people have just a week left to get their 2018/19 tax returns in on time – or face potential penalties.

The deadline for completing self-assessment returns online is 11.59pm on Friday January 31 – with 8.5 million customers having already submitted their forms.

HM Revenue and Customs (HMRC) said anyone worried about not being able to complete their tax return by the deadline should contact officials as soon as possible.

In total, 11.7 million self-assessment returns are due.

HMRC recently released a list of bizarre and unsuccessful excuses for late returns, including from someone claiming to have been the victim of a witch’s curse.

Financial Secretary to the Treasury Jesse Norman said: “The deadline is fast approaching for more than three million taxpayers who have not yet managed to file their tax returns. With only one week until January 31, HMRC strongly encourages people to file their self-assessment.

“Anyone who believes they might not be able to file on time should make sure to call or email HMRC.”

Angela MacDonald, HMRC director-general of customer services, said: “We’re here to help customers get their tax right, and have put in place a range of help from online services, webinars and videos, to customer service helplines, webchats and social media channels.

“We know completing a tax return can be confusing at times, so please do get in touch if you’re still concerned about how to file, or about paying what you owe. HMRC colleagues are standing by to provide support and advice ahead of the deadline.”

Help is available on gov.uk, from the self-assessment helpline and on social media.