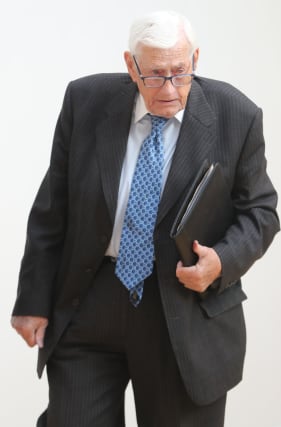 DUP leader Arlene Foster said he was instrumental to bringing about peace while Sinn Fein’s Michelle O’Neill said he had left an indelible mark on history.

Taoiseach Leo Varadkar said: “History will remember Seamus as an architect of the Good Friday Agreement, a committed peace builder and a tireless champion of an inclusive Ireland.

“He always opposed sectarianism and discrimination in any form.

“When others in his community advocated violence, Seamus had an unswerving commitment to constitutional nationalism.

“He was a peacemaker who put us on the path to reconciliation.”

Irish deputy premier Simon Coveney said: “It is my sincerest hope that his life and his dedication to the principles of honesty, integrity and generosity will serve as an inspiration to the next generation of political leaders in Northern Ireland.”

Mrs Foster said she was saddened, adding: “He was instrumental in bringing about peace for our people and that contribution should not go unrecognised.”

Ms O’Neill said: “Seamus Mallon was a significant political figure who made a huge contribution to the politics of peace and the Good Friday Agreement. His mark on our history is indelible.”