Diageo to post profit growth despite US whisky tariffs 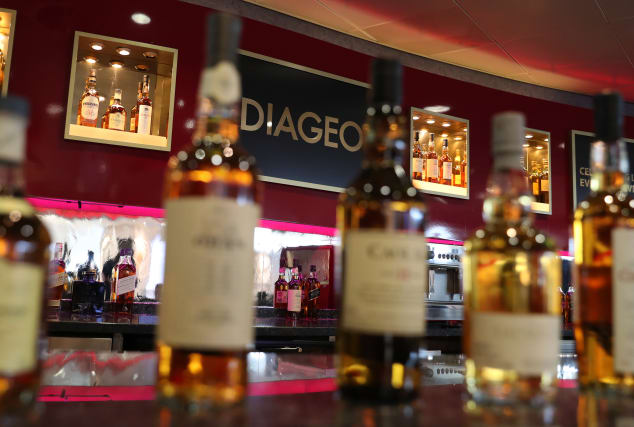 Spirits giant Diageo is set to post higher half-year profits and sales as investors wait to learn the impact of US tariffs on its whisky brands.

The Talisker and Singleton maker saw its Scotch whisky exports to the US hit with a 25% tariff on single malt at the end of last year.

The impact of the tax on Diageo will be revealed when it issues its first-half trading update on Thursday January 30.

“Alcohol has been one of the areas targeted with additional tariffs in recent trade clashes, so investors will be keen to hear Diageo has weathered the storm so far,” said Hargreaves Lansdown equity analyst Nicholas Hyett.

“The group exports Scotch whisky around the world, has invested heavily in Asia, and been growing its US bourbon business.”

However, shareholders will hope that the company’s raft of blended whisky brands, including Johnny Walker and Buchanan’s, will help to reduce the impact, as these were exempt from October’s wave of tariffs.

Despite the potential impact of the US government’s taxation, analysts have forecast 4.2% organic net sales growth for the six months to December.

They also expect organic operating profit growth of 4% for the period, rising to 6% by the end of the financial year.

In September, Diageo hailed a “good start” to the financial year but warned investors that it is “not immune” to global trade tensions.

The Guinness owner saw operating profits jump by 9% to £4 billion in its last full financial year.

Investors will also be keen to see how drinks trends have been progressing over the six months and whether Diageo’s focus on premium brands is bearing fruit.

Premiumisation has been a key trend in drinks for a number of years but Fever-Tree’s disappointing festive trading update may raise questions over long-term growth for premium brands.

However, Mr Hyett said Diageo’s “more global and more diversified” business may help to protect it from any slowdown in the trend.