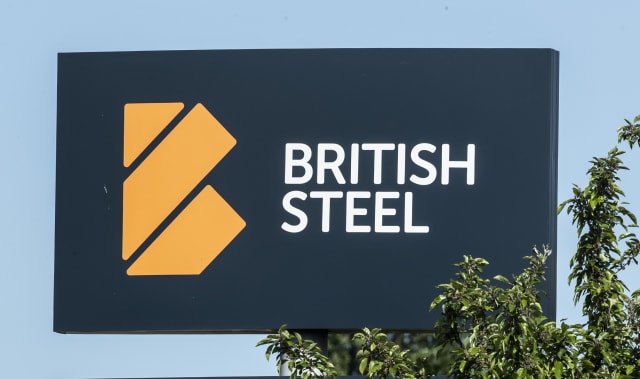 A deal over pay and conditions has been struck between British Steel workers and the Chinese industrial firm which wants to buy the business out of administration, unions have confirmed.

But workers’ representatives said they expect to see up to 500 job losses following 10 days of “extremely challenging” negotiations with Jingye management to discuss their business plan and in particular their proposals relating to employment.

Jingye is looking to buy the business from Government liquidators, after ministers promised to fund the company following its collapse last year. It is thought to be losing up to £1 million a day.

The National Trade Union Steel Co-ordinating Committee, made up of Community, Unite and GMB union representatives, said: “As British Steel is in liquidation, any new owner could just offer new contracts with statutory minimum terms and conditions. There is no legal obligation to do more, nor to consult on any changes.

“These talks also took place in the context of the Special Managers having made it clear that there will not be another sales process for the whole business if the Jingye deal does not complete. British Steel would be broken up and sold in parts.

“Importantly, the employment package is also in the context of Jingye’s £1.2 billion investment plan. We have seen the detail, and this investment would transform the business and secure the future of British Steel.”

The unions have had meetings with Jingye over the past 10 days, with the talks described as “extremely challenging”, but “with British Steel in liquidation it is clear that if the business is to survive change is required”, they said.

Senior union representatives endorsed the deal on Thursday in principle, with full details being drawn up.

But disappointment remained over the potential job losses, with unions arguing that the positions are necessary at the plant.

The Steel Committee said: “As was widely expected, Jingye also intend to reduce overall headcount. This could be by up to 500 jobs, though significant numbers have recently left the business, and will be subject to ongoing detailed discussion at departmental level.

“This is not something that the unions could endorse and we have made the argument that the business needs to ensure the plant can be run efficiently and safely.”

It added that the key focus of the negotiations was ensuring that changes do not disproportionately affect employees by scrapping premium shift payments and reducing take-home pay.

Alasdair McDiarmid, operations director for Community, said: “Faced with challenging circumstances, we believe that the dialogue between Jingye and the unions has produced a better deal for employees than what was otherwise on the table.

“We look forward to working with everyone to securing the future of British Steel under Jingye’s ownership.”

Jingye still needs to reach agreement with suppliers and the Government, but ministers remain hopeful that a deal can be reached with the Official Receiver.