What is a public health emergency of international concern? 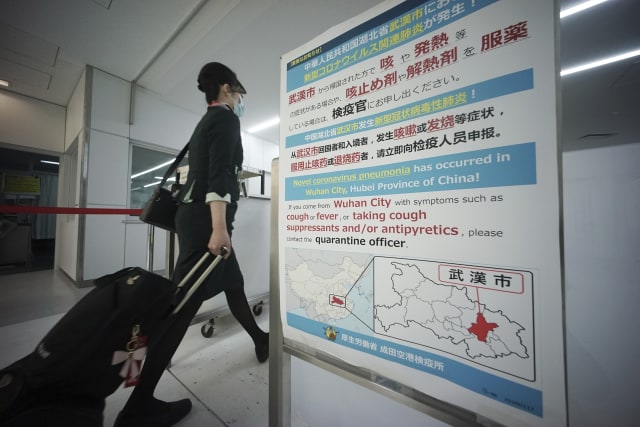 The World Health Organisation (WHO) is due to reconvene later to decide whether the recent coronavirus outbreak in China is an international public health emergency.

But what does this mean, and are we any closer to knowing the source of the outbreak?

– What is a public health emergency of international concern (PHEIC)?

It is defined in the International Health Regulations (2005) as an extraordinary event which is determined to constitute a public health risk to other states through the international spread of disease and to potentially require a co-ordinated international response.

The definition implies the situation is serious, sudden, unusual or unexpected.

It also suggests that the circumstances carry implications for public health beyond the affected state’s national border, and may require immediate international action.

– Who are the members of the emergency committee?

Members of an IHR Emergency Committee are drawn from the IHR experts roster, and where appropriate, from other WHO expert advisory panels.

The roster is composed of international experts in fields such as disease control, virology, vaccine development and infectious disease epidemiology.

– What has previously been declared a PHEIC?

Swine flu, Ebola and Zika virus are some of the outbreaks the WHO has declared as PHEICs.

– So what is coronavirus?

The viruses are zoonotic, meaning they are transmitted between animals and people, the WHO says.

The first cases identified were among people connected to the Huanan Seafood Wholesale Market in Wuhan.

Experts have also identified cases where it is believed to have spread through human-to-human transmission.

Symptoms include fever, cough, tightness of the chest, shortness of breath and breathing difficulties.

There are no specific treatments for a new coronavirus but symptoms can be treated.

– What is known about the source of the virus?

Experts and clinicians still do not know the source of the virus, and some say it may never be identified.

Paul Hunter, professor in medicine at Norwich Medical School, University of East Anglia, believes the virus has been detected in bats and snakes prior to this outbreak, and the strains in both are similar to each other and to the strains from human cases.

Ideally the virus would be isolated from food animals, but it is likely that the infected batch of animals is long gone.

Prof Hunter said that cooked food is unlikely to be the source, suspecting that the most likely transmission pathway would be from aerosols produced during handling of the live animals and during butchery and food preparation.

These would then be inhaled or contaminate surfaces that could be touched by people.

He adds that raw food is also a risk.