Too early to declare coronavirus an international health emergency – WHO 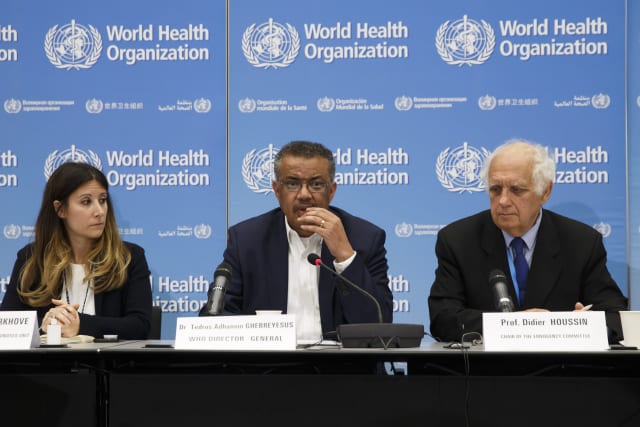 The World Health Organisation has said it is “too early” to declare an international public health emergency over the coronavirus outbreak as six people are tested for the illness in the UK.

The Scottish Government has confirmed five people are being examined after presenting with symptoms of the illness.

Another patient is being tested to rule out coronavirus at Belfast’s Royal Victoria Hospital, it is understood.

It came after infections expert Professor Jurgen Haas claimed there would likely be “many more cases” around the country.

Speaking at a press conference on Thursday, Dr Tedros Adhanom Ghebreyesus, director-general of the WHO, said: “Make no mistake, this is though an emergency in China.

“But it has not yet become a global health emergency.

“It may yet become one.”

While none of the UK cases has been confirmed as the virus so far, two of those being tested in Scotland had been diagnosed with influenza after travelling to Wuhan, China.

A further three people are “undergoing testing on a similar precautionary basis”.

A spokesman for the Scottish Government said: “As the situation develops we will update should there be any confirmed cases of coronavirus, rather than provide a running update on cases being considered on a precautionary basis.

“We are co-orientating with Health Protection Scotland a daily Incident Management Team to continue to monitor the situation as it develops, including on the number of any potential cases going forward.”

Prof Haas, head of infection medicine at the University of Edinburgh, said he believes there will probably be similar cases in “many other cities” in the UK.

They all travelled to Scotland from Wuhan – where the outbreak is thought to have originated – within the past two weeks and are showing symptoms of respiratory trouble, a red flag for the virus.

Prof Haas told the PA news agency: “We have currently three cases suspected Wuhan coronavirus in Edinburgh and as far as I understand one case in Glasgow.”

He said the cases emerged overnight, adding: “The situation will be pretty similar in pretty much all UK cities with a large number of Chinese students.

“It’s not too surprising. My suspicion is that there will probably be many more cases in many other cities in the UK.

“None of the cases I know of have been confirmed.”

He said there is only one laboratory testing for the virus, operated by Public Health England (PHE).

The professor said the cases have been flagged up through the PHE infection guidelines as they travelled to Wuhan within the last 14 days and are showing signs of respiratory symptoms.

The disease has killed 17 people and infected nearly 600.

Cases have been reported in the US, Japan, South Korea, Thailand, Singapore and Hong Kong.

The Chinese government has effectively locked down Wuhan, cancelling planes and trains there and in the nearby city of Huanggang.

First Minister Nicola Sturgeon was questioned about the risk to people in Scotland at First Minister’s Questions at the Scottish Parliament on Thursday.

She said the situation is being closely monitored, adding: “I should say, that the risk to the public here in Scotland – and indeed the UK – is currently classified as low but that is kept under review.”

Health Secretary Matt Hancock said the NHS is “ready to respond appropriately” to any cases of coronavirus that emerge in the UK.

In a statement to the Commons on Thursday, he said while “there is an increased likelihood that cases may arise in this country, we are well prepared and well equipped to deal with them”.

Officials from Public Health England have been monitoring direct flights from Wuhan city to the UK.

Under measures announced on Wednesday by the UK Government, the planes would have been taken to an isolated area of Terminal 4 at Heathrow after landing.

The Foreign and Commonwealth Office updated its travel advice for China, advising against “all but essential travel” to Wuhan.

Mr Hancock said England’s chief medical officer, Professor Chris Whitty, is in contact with international experts and his counterparts to monitor the situation.