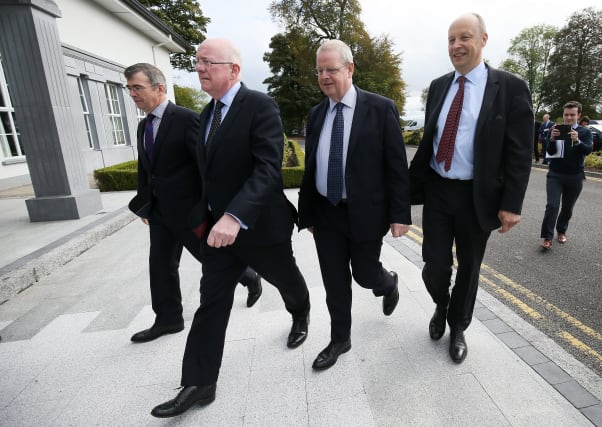 It could take two years to establish an independent police unit seeking fresh evidence about unresolved killings in Northern Ireland, an official said.

Preparatory work has been undertaken around where the highly experienced detectives will be housed, staffing and IT but an enabling law has not yet been passed.

The Historical Investigations Unit (HIU) was envisaged in an agreement reached with Stormont’s political leaders in 2014 to seek justice for thousands of victims of violence.

Senior Belfast civil servant Peter May said: “Our current estimate, but it does depend on what the legislation says, is that it would take about two years from the legislation being passed to actually set the HIU up properly.”

He said the number of investigators required would depend on decisions taken about what was within the scope of the new organisation.

The concept of reviewing legacy cases enjoys the support of many bereaved during decades of violence who feel opportunities for prosecutions were missed by investigators at the time.

The proposed investigatory unit has faced trenchant opposition from serving and former police officers and soldiers who question its effectiveness and impartiality.

Prime Minister Boris Johnson has said no veterans will be investigated where there is no new evidence.

The new body would be intended to complete its work within five years, Government proposals have suggested.

Most of the killings during the conflict were the responsibility of republican or loyalist paramilitaries.

Mr May, the most senior civil servant at Stormont’s devolved Justice Department, said: “It would depend on decisions to be taken just what is within the scope of the HIU.”

He said a technical adviser had been commissioned to undertake “sensible” preparatory work.

“We do know that any organisation will need accommodation, it will need staff, it will need IT, it will need policies and procedures and so on, so we are just beginning to understand the nature of what will be required and this is a sensible piece of preparatory work.

Problems obtaining witness testimony and flaws in how evidence was treated forensically many decades ago relative to modern standards pose serious challenges to mounting prosecutions.

Retired senior police have claimed a “tsunami” of allegations about past violence would require 600 extra detectives to investigate and questioned where they would be found.

They have reiterated that changes in criminal investigation standards over many decades would make it difficult to press charges.

The Public Prosecution Service (PPS) has said the current system for investigating the past was not working, highlighted the amount of resources required and queried whether enough staff could be recruited.

In May 2018 the Northern Ireland Office (NIO) launched a public consultation on proposals to address the legacy of the Troubles.

They considered four new legacy institutions which were originally contained in the Stormont House Agreement of 2014.