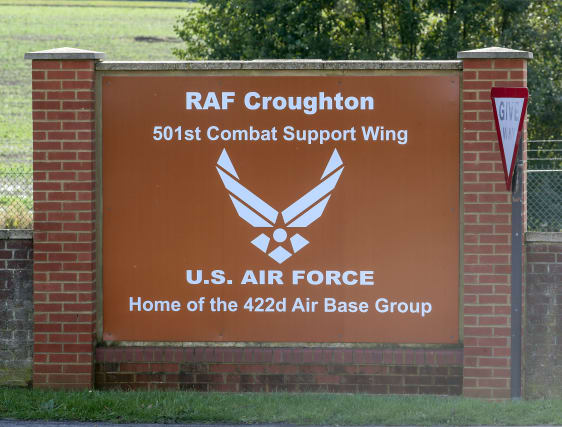 The commander of a US military base has said road safety is a “top priority” following the death of teenage motorcyclist Harry Dunn.

In a statement given to the PA news agency, a spokeswoman for Colonel Bridget McNamara of RAF Croughton in Northamptonshire said all staff must take a “driver safety course” and pass a written exam based on UK driving laws.

Her words follow three reported incidents of US drivers on the wrong side of the road in the county.

The base, which is used as a communications station for the US Air Force, has come under scrutiny following the death of Mr Dunn on August 27 last year.

The 19-year-old was killed when his motorbike crashed into a car outside the base.

The 42-year-old US suspect in the case, Anne Sacoolas, the wife of a US intelligence official, was granted diplomatic immunity following the crash and was able to return to her home country, sparking an international controversy.

Col McNamara has already met with Northamptonshire Police Chief Constable Nick Adderley who has said he will fund driver training for all staff at the base from March 12.

In reaction to the statement from the commander, Mr Dunn’s family said it was the first time they had heard anything from the colonel for five months.

The family spokesman, Radd Seiger, told PA that the base had a “blatant disregard for the safety of the community” and said their statement was “the opposite of the truth”.

A spokeswoman for the commander said the base worked with police to “reinforce safety across our community”.

In the statement given to PA, a spokeswoman for Col McNamara said: “Road safety is a top priority for all our US visiting forces and family members living in the UK.

“The US is very fortunate to enjoy a long-standing partnership with our surrounding and supporting constabularies, and work hand-in-hand with them to reinforce safety across our community.

“Before driving in the UK, all US visiting forces personnel and their dependants must have a state-issued US driver’s licence, attend a driver safety course that addresses the differences of driving in the UK as well as common UK driving hazards, and then pass a written exam based upon the UK Driver Vehicles Standards Agency test.”

In response to the statement from the colonel, Mr Seiger said: “This is the first time in nearly five months that we have heard anything from the base commander and she has not seen fit to visit with the family.

“This is an astonishing and shocking statement and anyone who has followed the campaign knows that the opposite of what she says is the truth about their disgraceful approach to safety issues.

“One only need look at the drastic action Nick Adderley has had to take last week to ensure the safety of road users. There is no safety partnership.

“All there is is a blatant disregard for the safety of the community around the bases as evidenced by the dozens and dozens of cases of fatalities and serious injuries arising out of driving on the wrong side of the road.

“The fact that they choose to run away after each one shows where they really are with all this.”