Professor expects ‘many more’ suspected cases of coronavirus across UK 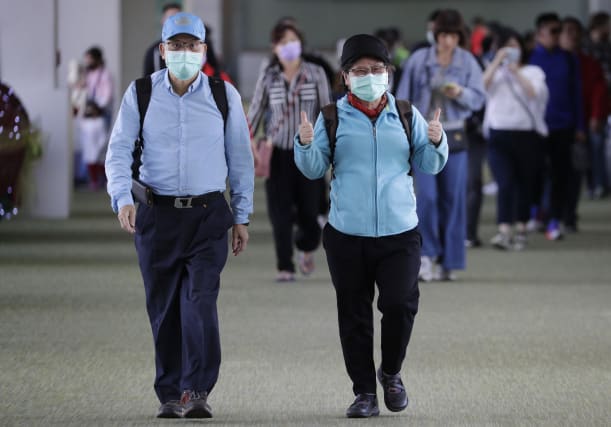 There are likely to be “many more cases” of suspected coronavirus across the UK, a professor has said as four people undergo tests in Scotland.

Three people are being tested in Edinburgh and another case is believed to be in Glasgow, Professor Jurgen Haas said.

The head of infection medicine at the University of Edinburgh said he believes there will probably be similar cases in “many other cities” in the UK.

None of the patients have been confirmed as having the disease.

They all travelled to Scotland from Wuhan – where the outbreak is thought to have originated – within the past two weeks and are showing symptoms of respiratory trouble, a red flag for the virus.

Prof Haas told the PA news agency: “We have currently three cases suspected Wuhan coronavirus in Edinburgh and as far as I understand one case in Glasgow.”

He said the cases emerged overnight, adding: “The situation will be pretty similar in pretty much all UK cities with a large number of Chinese students.

“It’s not too surprising. My suspicion is that there will probably be many more cases in many other cities in the UK.

“None of the cases I know of have been confirmed.”

He said there is only one laboratory testing for the virus, operated by Public Health England (PHE).

The professor said the cases have been flagged up through the PHE infection guidelines as they travelled to Wuhan within the last 14 days and are showing signs of respiratory symptoms.

The disease has killed 17 people and infected nearly 600.

The Chinese Government has effectively locked down Wuhan, cancelling planes and trains there and in the nearby city of Huanggang.

First Minister Nicola Sturgeon was questioned about the risk to people in Scotland at First Minister’s Questions at the Scottish Parliament on Thursday.

She said the situation is being closely monitored, adding: “I should say, that the risk to the public here in Scotland – and indeed the UK – is currently classified as low but that is kept under review.”