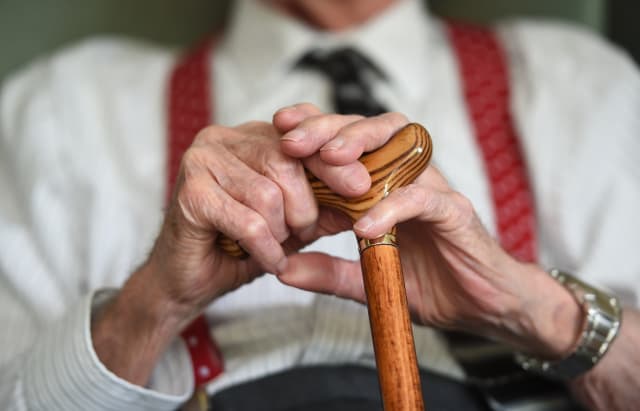 Rapid response teams will be rolled out to treat older people in their communities in a bid to prevent unnecessary hospital admissions, the NHS said.

NHS England is putting £14 million into seven urgent community response teams, with the hope that at least three will be running by next winter.

Under the plans, older people and adults with complex care needs who need urgent support will be able to be seen in their own home by skilled professionals within two hours.

This will allow them to receive the treatment they need without being sent to A&E, reducing pressure on hospitals.

For patients who are in hospital, the teams will aim to put in place appropriate care within two days of their doctor saying they are ready to go home.

These measures could include “reablement” services to help with daily activities such as washing, cooking and dressing, with the aim of restoring independence and confidence after a hospital stay.

NHS chief executive, Sir Simon Stevens, said: “The NHS working hand in glove in the community with council-funded social care services can be the difference between an older person or someone with long-term health needs spending a week or a month on a ward – or getting the right help early so they don’t need to go to hospital in the first place.”

Secretary of State for Health and Social Care, Matt Hancock, added: “Long, avoidable hospital stays can be particularly distressing for older people and can strip them of their independence – something we absolutely must prevent.

“So we are rolling out this innovative new approach which will help treat our ageing population in the comfort of their own homes, helping them live independent lives for longer.”

One of the main reasons for unnecessary delays in being discharged is that it can be unsafe for older people to leave hospital without care and support in place to help them manage.

It means they frequently occupy beds they have no clinical need for while waiting for care to be arranged.

Research by the charity Age UK estimated that bed blocking due to a lack of social care cost the NHS £587 million between the general elections in June 2017 and December 2019.

There were 2.5 million lost bed days over the 917 days between the elections, the charity calculated, with 2,750 people on average kept in hospital after they were well enough to be discharged each day.

And research by the Alzheimer’s Society in January found emergency hospital admissions for people with dementia have risen by more than a third in five years, with more than 379,000 emergency admissions in England in 2017-18.

Up until now, the NHS has not set national expectations or strategy, meaning that there is wide variation in how urgent community care is delivered across the country.

The new standards would see services being delivered 365 days a year as part of the NHS’ long-term plan to support England’s ageing population and those with complex needs.

Local health service and council teams will begin developing the services and recruiting staff from April.

The teams will include a range of qualified professionals to address health and social care needs, including physiotherapy and occupational therapy, medication prescribing and reviews, and help with staying well-fed and hydrated.

People will be able to be referred by NHS 111 or 999 call operators, GPs and care workers.

Further areas across England will receive extra funding to begin working to the new standards from 2021, with the hope that every part of the country will be covered by April 2023.

NHS England said this will be funded by an additional £4.5 billion a year for primary care and community services by 2023/24.