Mandeep Singh Chatha, 34, has unveiled his new convenience store featuring a sign which bears an uncanny resemblance to the famous orange lettering of Sainsbury's.

He could potentially be in hot water with the supermarket giant which has previously threatened legal action against other businesses which have pulled similar stunts. 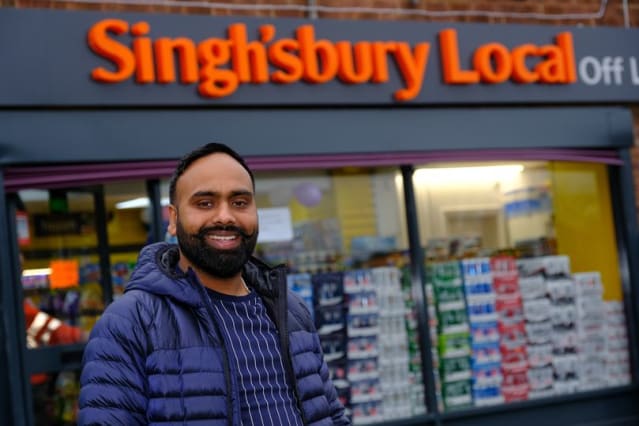 Mr Chatha opened Singh'sbury Local in Wolverhampton last month with wife Hardeep and says it had proved a hit with locals who stop to have selfies taken with the sign.

He said he registered the name of his shop with Companies House by putting together his surname and the location of the store, which is on Bushbury Road.