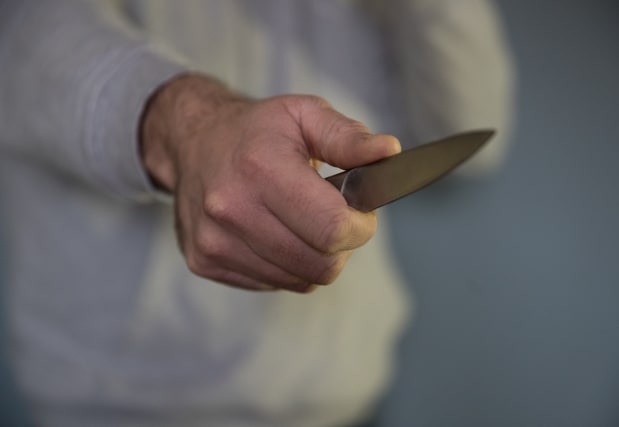 Knife crime in England and Wales hit a record high in the year to September, up by 7% on the previous 12 months.

Police-recorded offences involving a knife or sharp instrument rose to 44,771,
figures released by the Office for National Statistics (ONS) on Thursday
showed.

There was also a 20% drop in homicides where a knife or sharp instrument was used, to 221 offences, mainly driven by a decrease in London.

The figures do not include Greater Manchester Police, which records data
differently.

Helen Ross, from the ONS Centre for Crime and Justice, said: “In the last year, there has been no change in overall levels of crime, however, this hides variations in different types of crime.

“For example, there have been continued rises in fraud, vehicle offences and robbery, and decreases in burglary and homicide.

“Although the number of offences involving a knife has continued to increase, there is a mixed picture across police forces – and overall levels of violence remain steady.

“We have also seen the number of homicides where a knife or sharp instrument was used decrease by a fifth, driven by falls in London.”