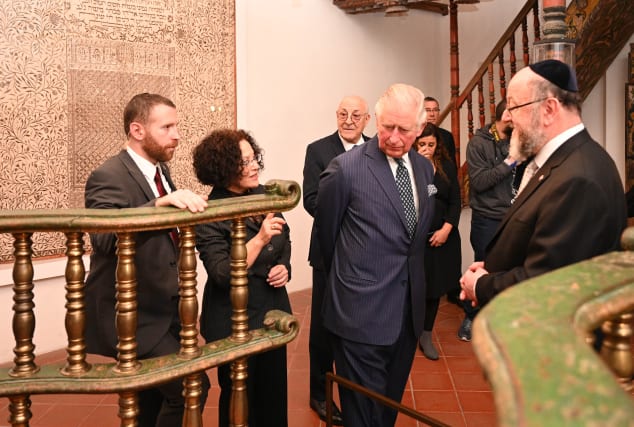 Prince Charles failure to shake hands with US Vice President Mike Pence at the start of a World Holocaust Forum at the Yad Vashem memorial centre in Jerusalem on Thursday raised speculations but a later handshake cleared the air.

The Prince of Wales is in Israel ahead of the 75th anniversary of the liberation of the Nazi death camp at Auschwitz by Soviet troops.

Charles met Holocaust survivors on the opening day of his visit and will later visit occupied territories in Palestine.

He also viewed fragments of the Dead Sea Scrolls and visited a reconstructed synagogue on a visit to the Israel Museum in Jerusalem, as well as meeting with Israel's president.