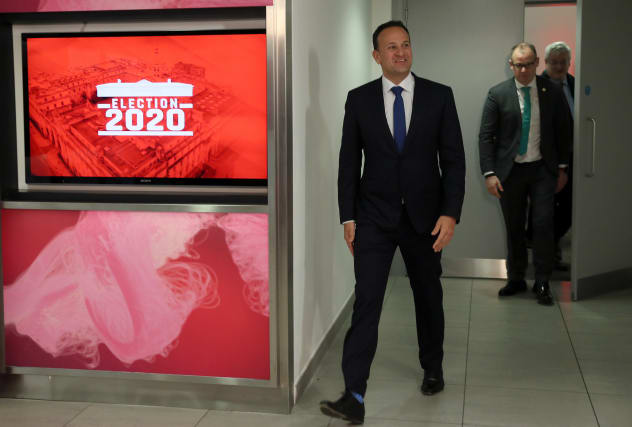 Mr Martin has ruled out a “grand coalition” with his rivals after a poll which is expected to see continued fracturing of the vote.

Mr Varadkar suggested that he might countenance working with Fianna Fail in government if next month’s election produced another inconclusive result.

During Wednesday night’s TV election debate, the Taoiseach said his preference would be to cooperate with independent members of the Dail parliament or parties such as Labour and Greens to form a coalition.

But he said if the only way to form a stable government was by working with Fianna Fail, he would be willing to do so.

Mr Varadkar also said he would be prepared to support a minority Fianna Fail government through a confidence and supply arrangement – essentially flipping the historic deal that had kept his government in power.

The landmark pact between two parties founded from opposing sides of Ireland’s civil war of the 1920s was struck following the 2016 general election.

This election campaign has focused on Fine Gael’s stewardship of the economy as well as social issues.

Homelessness and proposals to reduce the age of the state pension have been hotly debated.