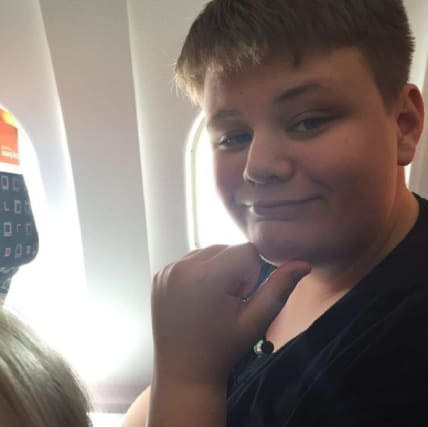 The Home Office has described the US Secretary of State's decision to reject an extradition request for the suspect charged in connection with the death of Harry Dunn as a "denial of justice".

The 19-year-old's parents were informed of Mike Pompeo's decision in a phone call with their constituency MP Andrea Leadsom on Thursday.

In a statement, a spokeswoman for the Home Office said: "We are disappointed in this decision, which appears to be a denial of justice.

"We are urgently considering our options."

Mr Dunn's family have said they are "not surprised" by the rejection, but added that it will "not be a battle the US government is going to win".

Anne Sacoolas was charged with causing his death by dangerous driving, by the Crown Prosecution Service, in December.

Mrs Sacoolas, 42, was granted diplomatic immunity following the crash and was able to return to her home country, sparking an international controversy.

The Home Office submitted an extradition request for her, which the US described as highly inappropriate.

The Prime Minister, Boris Johnson, had previously said the chances of the suspect ever returning to the UK were very low.

Mr Dunn's family said they would react fully to the news on Friday morning, but said "the fight goes on" for justice for their son.

In a short statement, the family spokesman Radd Seiger said: "The family are not at all surprised at tonight's developments and are taking it in their stride having factored it in to their planning and strategy.

"This is a lawless, corrupt administration that appears intent on attacking even its closest international ally.

"If Trump and Pompeo think this is an end to the matter, they have another thing coming to them. Team Harry will sit down with the Government tomorrow and work out our next steps.

"And next steps there will be. The whole world is on Team Harry's side. This is not a battle the US government is going to win."

In a statement released on behalf of the suspect after she was charged in December, Mrs Sacoolas's lawyers said: "Anne will not return voluntarily to the United Kingdom to face a potential jail sentence for what was a terrible but unintentional accident."

Lawyers acting on behalf of the Dunn family have said it is the first time in the 100-year history of the extradition treaty that such a request had been turned down by the US.