Coronavirus: What global public health emergencies has WHO previously declared? 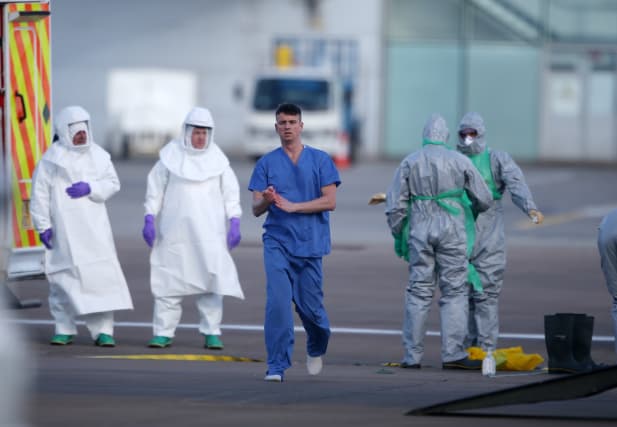 The World Health Organisation (WHO) is expected to declare a public health emergency of international concern in response to the coronavirus outbreak which appears to have originated in eastern China.

The disease has killed 17 people and infected nearly 600, with cases detected in countries including the US, Japan and South Korea as increased precautions are taken to prevent the virus spreading during the busy Lunar New Year.

Three people are being tested in Edinburgh and another case is believed to be in Glasgow.

If the WHO issues the declaration, it will be just for the fifth time. These are are other outbreaks that have been declared PHEICs.

The first declaration happened in April 2009, with H1N1, or swine flu, spreading around the world and killing more than 200,000 people.

Initially travellers returning from Mexico, where the virus originated, were met by authorities at the airport and hygiene measures were recommended by the Health Protection Agency.

Increased wild polio numbers in Pakistan, Afghanistan and Nigeria led to an emergency being declared in May 2014, a remarkable step given that the disease was thought to have been almost eradicated.

There have been no domestic cases of polio in the UK since 1982.

The deadly disease broke out in Guinea, Liberia and Sierra Leone, with an emergency declared from August 2014 to March 2016.

The UK made a significant contribution after the outbreak by working with the Wellcome Trust on an experimental vaccine which the European Medicines Agency approved to treat Ebola in November last year.

A vaccination programme is under way in the Democratic Republic of Congo’s (DRC) North Kivu province.

A second emergency was declared, after months of hesitation, last July after it was confirmed that Ebola had spread to Goma, the capital of North Kivu, where DRC’s international airport is located.

The Government said at the time that the Britain was “providing expertise and support” to help the WHO “in a very insecure region”.

The life-threatening virus was first identified in a monkey in Uganda in 1975.

Its spread by mosquitoes in the Americas led the WHO to declare it an emergency from February to November 2016.

The first emergency from a mosquito-borne disease is thought to have been responsible for 2,000 possible cases of birth defects and 29 infant deaths in Brazil.

The UK largely escaped the virus, with just two travel-associated cases confirmed in 2018.