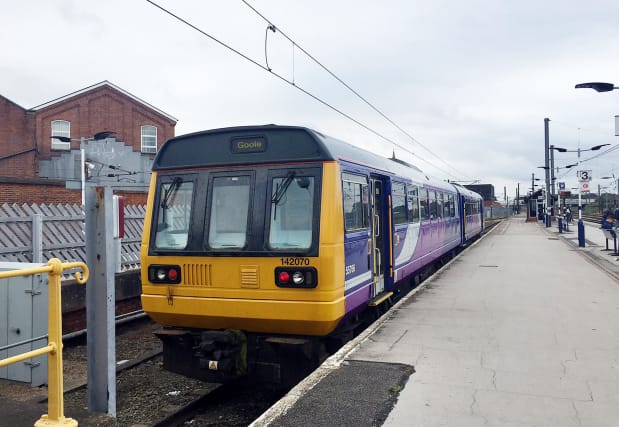 Three groups in northern England have each won a Pacer train carriage in a competition aimed at giving the controversial rail vehicles a new lease of life.

The outdated trains will be utilised by a mental health charity, a primary school and a hospital, the Department for Transport said.

Pacers were built using bus parts more than 30 years ago and were intended to be a cheap stop-gap solution to a lack of rolling stock.

Known for being slow, bouncy and noisy, they were finally due to be withdrawn from Britain’s railways in 2019, but Northern, Transport for Wales and Great Western Railway continue using them in 2020 amid delays in the delivery of new trains and the transfer of existing stock from other operators.

Northern has pledged to remove Pacers from its network this year.

The three competition winners will each receive a carriage from rolling stock company Porterbrook.

Men’s mental health charity Platform 1, will convert its Pacer into a kitchen to teach cooking skills in Huddersfield.

Transport Secretary Grant Shapps said: “The three winners are incredibly deserving, having presented creative and innovative ideas that will see their Pacer have a lasting and positive impact within their community.

“As their three decades of service comes to an overdue end, it is satisfying to know that new life for three of the last Pacer trains will ensure future generations can experience them in a different light.

Music producer and train enthusiast Pete Waterman, who was the competition’s head judge, said: “The railway has always been very good at recycling its old assets.

“Lots of communities have benefited from this action over the years.

“We only have to look at the preserved railways and what they mean to rural communities.

“Where passengers might not miss the Pacers, their loss to the railways are these organisations’ gain.”