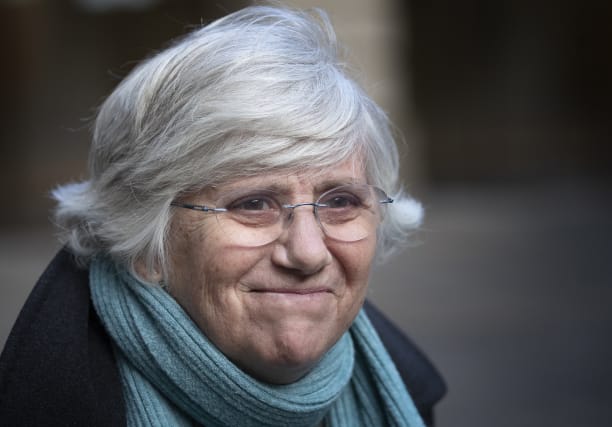 An academic facing extradition to Spain will become an MEP as a result of Brexit and therefore be granted immunity, her legal team has argued.

She appeared at Edinburgh Sheriff Court on Thursday for a preliminary hearing.

A provisional witness list was given to Sheriff Nigel Ross with the names of the Spanish politicians her legal team intends to cite to court – including Prime Minister Pedro Sanchez.

Mr Ross set a date of March 5 for legal arguments to be heard about the competency of the warrant and issues surrounding dual criminality, which relates to whether the law is an offence in both countries.

It is expected the hearing could last up to two days.

Professor Ponsati’s solicitor Aamer Anwar argued outside court that Brexit will lead to the academic becoming an MEP because Spain is set to gain five more politicians for the European Parliament.

He said “When the UK leaves the European Parliament on January 31 its MEPs will lose their seats.

“At present, Spain is set to be awarded five extra seats. If that is so, Clara Ponsati is on the list to be one of the five MEPS and will become an MEP shortly after January 31 and therefore she will have immunity.

“The Spanish authorities ought to withdraw the warrant against Clara if and when she becomes immune – this is not likely to happen.

“When Clara becomes an MEP an assessment will be required to be carried out as to how it will affect the warrant proceedings – especially if once again Spain shows no respect for the rule of international law.”

The European Parliament is currently considering a petition from the Spanish authorities to waive the immunity held by Spanish MEPs Carles Puigdemont and Toni Comin, who are living in self-imposed exile in Belgium.

Mr Anwar also argued because sedition is abolished in the UK the extradition attempt is not legal.

He said: “The actions of Clara did not constitute a criminal offence – either in national or international law, nor would it be considered criminal in civilised nations.

“Spain has misused state power and Spain has abused the process of the European arrest warrant to seek the extradition of Clara for political purposes, rather than the prosecution of crime.

“Clara is determined to take on the Spanish state and to expose the injustice at its heart.”

Mr Ross “ring-fenced” May 11 for the full hearing to commence.

It is expected to last around four weeks.

Prof Ponsati, an academic at the University of St Andrews, could be sentenced to 15 years behind bars if convicted, with nine other Catalan officials given jail sentences of between nine and 13 years for the same offence in autumn last year.

She faces a single charge of sedition, which relates to the organising of the referendum in her role as education minister, her solicitor Mr Anwar said previously.