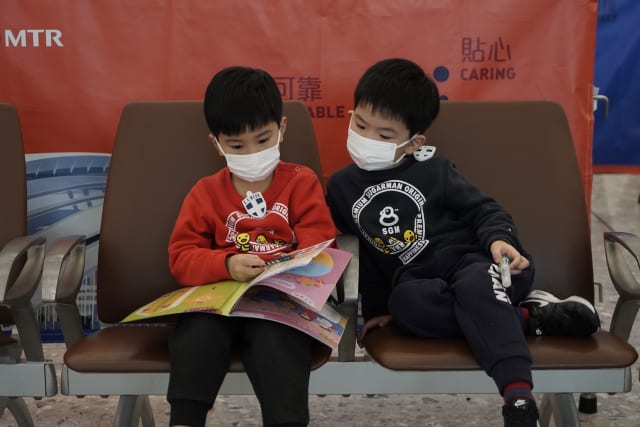 All flights out of a city in China hit with coronavirus have been cancelled as the World Health Organisation delayed its decision on whether to declare an international public health emergency.

More than 440 cases of coronavirus have been confirmed in Hubei province, of which Wuhan is the capital, and officials have said at least 17 people have died there.

Chinese state media said the city of Wuhan is shutting down outbound flights after the UK Government announced all direct flights from the city into Heathrow would be subjected to enhanced monitoring while the Foreign Office advised against all but essential travel to the city.

World Health Organisation (WHO) director-general Tedros Adhanom Ghebreysus said they needed more information before deciding what to do, describing it as an “evolving and complex situation”.

Following a meeting on Wednesday, he said: “There was an excellent discussion during the committee today, but it was also clear that, to proceed, we need more information.

“For that reason, I have decided to ask the emergency committee to meet again tomorrow to continue their discussion and the chair, Dr Houssin, has agreed with that request.

“The decision about whether or not to declare a public health emergency of international concern is one I take extremely seriously, and one I am only prepared to make with appropriate consideration of all the evidence.”

He said there is a team in China working with local experts and officials to investigate the outbreak, and he added: “We will have much more to say tomorrow.”

Earlier on Wednesday, the Department of Health and Social Care (DHSC) said precautionary measures were being put in place at Heathrow after cases of the virus spread to other parts of the world.

There are three direct flights a week from Wuhan in China to Heathrow Airport, landing at around 6pm on Monday, Wednesday and Friday.

Under the new measures, it was planned that planes would be taken to an isolated area of terminal four.

The captain of each flight would then tell passengers during landing to let a flight attendant know if they feel unwell, and these details would then be passed on to public health teams at the airport who would carry out further checks.

Meanwhile, the Foreign and Commonwealth Office updated its travel advice for China, with a spokesman saying: “In light of the latest medical information, including reports of some person-to-person transmission, and the Chinese authorities’ own advice, we are now advising against all but essential travel to Wuhan.

Public Health England (PHE) upgraded the risk to the UK population from coronavirus from “very low” to “low”.

Dr Nick Phin, deputy director of the National Infection Service at PHE, said: “This is a new and rapidly evolving situation where information on cases and the virus is being gathered and assessed daily.

“Based on the available evidence, the current risk to the UK is considered low.

“If you are travelling to Wuhan, you should maintain good hand, respiratory and personal hygiene, and should avoid visiting animal and bird markets or people who are ill with respiratory symptoms.

“Individuals should seek medical attention if they develop respiratory symptoms within 14 days of visiting Wuhan, either in China or on their return to the UK.

“They should phone ahead before attending any health services and mention their recent travel to the city.”

The Associated Press reported the state-owned People’s Daily newspaper said in a tweet no-one would be allowed to leave Wuhan starting at 10am and that train stations and the airport will shut down.

The newspaper is also reported to have said that Wuhan authorities are saying city buses, subways, ferries and long-distance shuttle buses would also be temporarily closed.

Asked whether it was possible the virus had already reached the UK, Prof Ferguson said he could not rule it out.

“If somebody was infected two days before they travelled, they will arrive without any symptoms at all.

“That’s why it’s essential that actually the entire… health system is alert to the possibility of imported cases.”