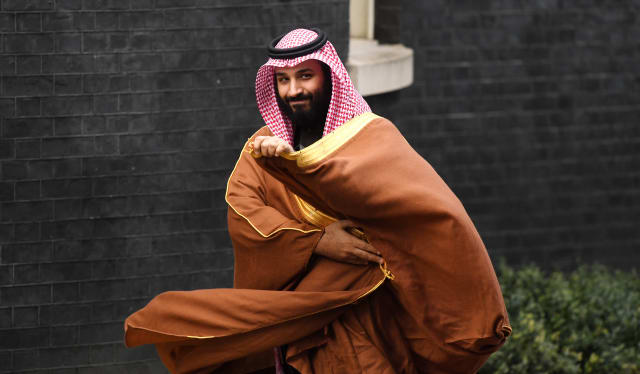 United Nations human rights experts have called for an investigation into allegations that the Saudi Arabian Crown Prince was involved in the hacking of Amazon boss Jeff Bezos’s phone.

A report by The Guardian has claimed that a malicious video file sent in a WhatsApp message from a personal number linked to Crown Prince Mohammed Bin Salman was used to infiltrate Mr Bezos’s device.

The UN said it was “gravely concerned” by the allegations and called on the United States and others to launch an investigation into the case.

The hacking is alleged to have taken place in May 2018, five months before the murder of Jamal Khashoggi, a critic of the Saudi royal family and a journalist with The Washington Post, which is also owned by Mr Bezos.

In a statement, UN special rapporteurs Agnes Callamard and David Kaye said: “The information we have received suggests the possible involvement of the Crown Prince in surveillance of Mr Bezos, in an effort to influence, if not silence, The Washington Post’s reporting on Saudi Arabia.

“The allegations reinforce other reporting pointing to a pattern of targeted surveillance of perceived opponents and those of broader strategic importance to the Saudi authorities, including nationals and non-nationals.

“These allegations are relevant as well to ongoing evaluation of claims about the Crown Prince’s involvement in the 2018 murder of Saudi and Washington Post journalist, Jamal Khashoggi.

“The alleged hacking of Mr Bezos’s phone, and those of others, demands immediate investigation by US and other relevant authorities, including investigation of the continuous, multi-year, direct and personal involvement of the Crown Prince in efforts to target perceived opponents.

“The circumstances and timing of the hacking and surveillance of Bezos also strengthen support for further investigation by US and other relevant authorities of the allegations that the Crown Prince ordered, incited, or, at a minimum, was aware of planning for but failed to stop the mission that fatally targeted Mr Khashoggi in Istanbul.”

According to the initial report, a digital forensic investigation by experts hired by Mr Bezos found it was highly likely the video file was the source of the hack, which is said to have captured large amounts of data from Mr Bezos’s phone.

That analysis of the Amazon boss’s phone first began in early 2019 following the publication of revelations about Mr Bezos’s private life in the US tabloid National Enquirer, which included private text messages.

Mr Bezos had asked the experts to find out how the private data had been leaked.

In response, Saudi Arabia has called the allegations “absurd”.

“Recent media reports that suggest the Kingdom is behind a hacking of Mr. Jeff Bezos’ phone are absurd. We call for an investigation on these claims so that we can have all the facts out,” the kingdom’s US embassy said in a post on Twitter early on Wednesday.