Travellers from the area of China at the centre of the coronavirus outbreak will be separated from other passengers on arrival at Heathrow Airport as UK health chiefs step up their response.

Nine people have died and hundreds of others have been infected, with cases detected in countries including the US, Japan, Thailand and South Korea.

The World Health Organisation (WHO) is expected to declare a Public Health Emergency of International Concern in response to the virus, which appears to have originated in the city of Wuhan, in eastern China.

Transport Secretary Grant Shapps has said Public Health England is putting in place new precautions in relation to travellers to the UK from the region. 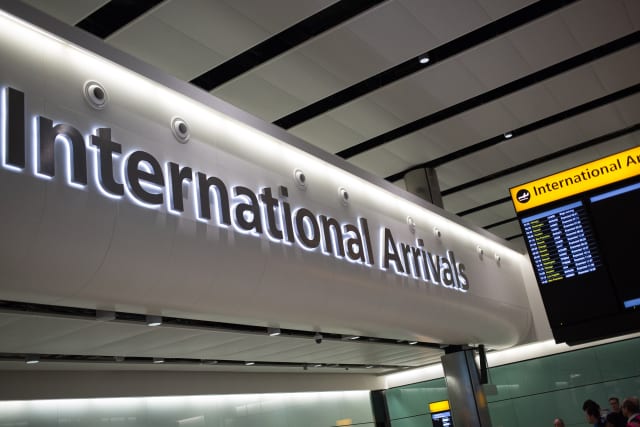 "There have been some announcements this morning about flights that come direct from the affected region to Heathrow with some additional measures there," he told Sky News.

"At the moment Public Health England have moved this from 'very low' to 'low' but obviously we want to stay ahead of the issue so we are keeping a very close eye on it.

"Initially this is to ensure that when flights come in directly into Heathrow there is a separate area for people to arrive in."

The Foreign Office has updated its advice for Britons travelling to China, warning the virus had spread to other areas outside the Hubei province.

The illness comes from a new coronavirus, not been previously identified in humans, that Chinese health officials said had spread from human to human and may be mutating.

Coronaviruses are a large family of viruses that cause illnesses ranging from
the common cold to more severe diseases such as Severe Acute Respiratory
Syndrome (Sars).