The Victoria Derbyshire Show ‘cut because of costs’ 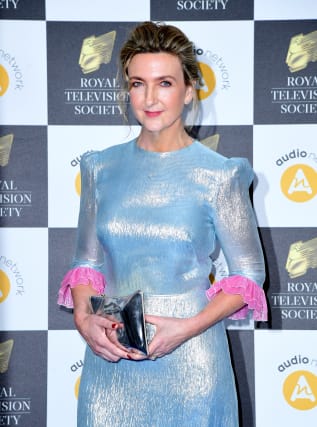 The Victoria Derbyshire Show is coming off air as a result of BBC cuts, the broadcaster’s media editor has said.

Amol Rajan said on Twitter that the show was ending and that the cost of the programme was “deemed too high”.

He said: “The Victoria Derbyshire Show is coming off air. I understand @BBCNews is committed to Victoria + the (award-winning) journalism of the show.

“Cost of doing it on linear channel when savings are needed deemed too high. BBC declined to comment ahead of an announcement next week.”

Rajan also highlighted the impact of the show, which began in 2015.

“The show won awards at the RTS and from BAFTA,” he said.

“Victoria nominated for Best Presenter 4 years in a row – and won once.

“Digital impact was huge. Show was designed to reach audiences the BBC struggles to connect with, and it did – online.”

MP Tracy Brabin was among those to comment, tweeting that she would be “looking into why @VictoriaLIVE is being taken off air”.

She said: “Rigorous campaigning & commitment to public having their say made it pretty unique in daytime TV.

“Victoria herself was sharp & approachable with a personal journey that made her relatable.”

Piers Morgan said: “Very strange decision. It was an excellent programme & @vicderbyshire is a superb journalist.

“Surely the BBC isn’t now finding the cash to pay for its gender pay fiasco by cancelling other women’s shows?”

Journalist Emma Ailes, who works on the programme, said it was “devastating news”.

She posted on Twitter: “Sitting here putting together tomorrow’s @VictoriaLIVE. 3 other journalists on the team here with me, all young, female and so talented. And busting a gut to make it as brilliant a programme as ever despite devastating news today.

“I’ve never worked on a team that cared so much.”

Anna Collinson, who also works on the show, said: “It’s gutting this could mean the end of a young, talented, diverse team who are led by strong, female editors and a fantastic female presenter.

“It’s gutting for our viewers. The BBC is constantly criticised for failing underserved audiences. The same audiences we were proud to serve and served well. I have already heard from interviews who are devastated by this news.

“We are a scrappy, feisty and passionate bunch and always did our absolute best to hold those in power to account.

“Whatever happens now, I will forever be proud of working for this award-winning programme and will never forget everything it taught me.”