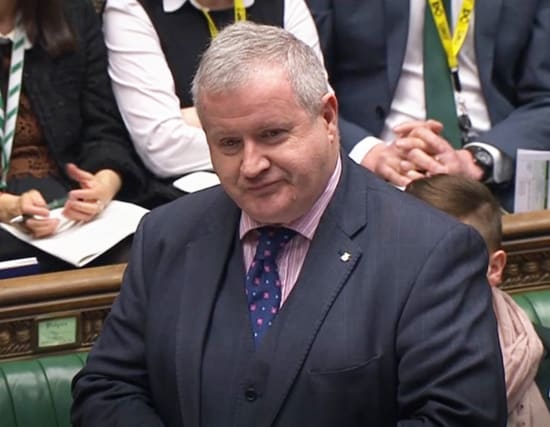 Scotland is coming under “unprecedented attack”, SNP Westminster leader Ian Blackford has claimed as he clashed with the Prime Minister over Brexit and a second Scottish independence referendum.

Mr Blackford accused Boris Johnson of ignoring the Smith Commission which “recognises that it’s up to the people of Scotland to determine their future”.

But Mr Johnson hit back during Prime Minister’s Questions, claiming the SNP support “nothing except manufacturing grievances”.

Mr Blackford said: “Last night the Lords voted to reinstate the Sewel Convention that the devolved governments must give consent to legislation that affects them.

“Devolution is under attack from this Tory Government, powers are being grabbed back to Westminster, there is no respect for the people of Scotland, for Wales and Northern Ireland, their governments, or their decisions.

“Why is the UK Government ignoring the principle of consent for our national government?”

Mr Johnson replied: “(He) knows full well that it is no part or implication of the Sewel Convention to break up the oldest and most successful political union in the world.”

Mr Blackford claimed a power-grab from Westminster is taking place.

He said: “The Prime Minster ignores the Smith Commission that recognises that it’s up to the people of Scotland to determine their future.

“The Prime Minister just doesn’t get it, this is an unprecedented attack. Scotland said No and we meant it.”

The PM added that 60% of Scotland’s trade is with the rest of the UK as he spoke of investment in Scotland.