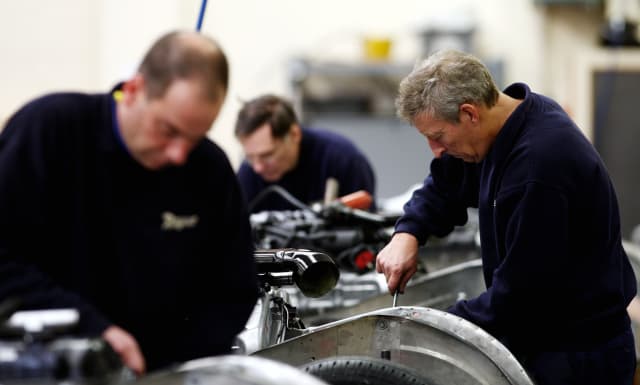 Confidence among Britain’s manufacturers increased faster in the least three months than at any other point on records, new figures show.

The Confederation of British Industry found that firms were 23% more likely to be positive about the period to January, up from a 44% lead for doom-mongers in October.

It is the biggest swing since 1958 when the CBI’s survey of 300 manufacturing firms began.

“Manufacturers are entering the new year with a spring in their step,” said Anna Leach, the deputy chief economist at the CBI.

“Firms are now planning to invest more in plants and machinery, which will ultimately help increase capacity and output.”

But, she added, trading conditions remain poor, with the share of companies expecting output to decline 16% larger than those expecting a rise, while 21% think orders will drop.

She added: “If we are to build on this rebound in optimism among UK manufacturers, it is crucial for the UK and EU to establish a trade deal that supports growth in this sector.”

Following strong jobs figures from the Office for National Statistics earlier this week, all eyes will now be on Friday’s Purchasing Managers’ Index (PMI) data.

Another positive showing on Friday could give the Bank of England pause for thought as it makes a decision on interest rates next week. The Bank’s Monetary Policy Committee (MPC) had been widely expected to slash rates to encourage borrowing.

However, the Bank may now hesitate to cut its base rate if the economy looks strong.

“It’s particularly encouraging to see the business optimism balance rise to its highest level since the second quarter of 2014, even though the Government has reaffirmed that it will pursue a hard Brexit,” Mr Tombs said.

However, he warned that the CBI’s survey was likely carried out before January 17 when Chancellor Sajid Javid said the UK would not align with EU rules after Brexit.