Lloyds will charge up to 49.9% for overdrafts from April 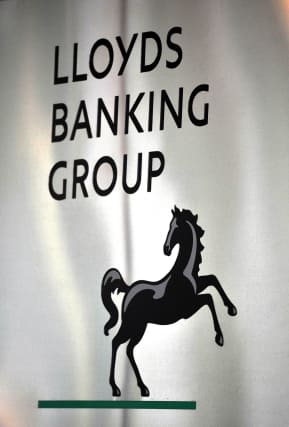 Lloyds Banking Group customers are to be charged new “personalised” overdraft rates of up to 49.9% from April.

The majority of customers will receive new annual rates of 39.9%, or, for Club Lloyds customers, 27.5%, the banking giant, which includes Halifax, said.

A “risk pricing” structure it plans to introduce across its brands means that some customers will be charged higher rates of as much as 49.9%.

The banking giant will look at customers’ past financial behaviour when determining which rate to offer.

Lloyds said risk-based pricing is standard practice for loans and credit cards and means it can continue to offer overdrafts to a wider range of customers.

It said 90% of its customers with an overdraft will pay less under the new model.

Of the minority of customers who will pay more, the average monthly increase is £1.89, according to the bank.

As part of the changes, it will also reduce the fee free buffer customers receive on some accounts to £50 from April 6. Its Premier account will see the interest-fee free buffer halve from £500 to £250.

Lloyds scrapped unarranged overdraft fees and returned item fees back in 2017, and will continue not to charge for them.

It said that it will continue to apply charges daily rather than allowing them to mount up, so customers can avoid nasty surprises.

Lloyds said overdrafts are designed for short-term borrowing for a few days per month – and if customers are borrowing a bigger amount of money over a long period of time, other borrowing products may be more suitable.

It is writing to these customers to encourage them to contact the bank so that it can review their circumstances.

A Lloyds Banking Group spokesman said: “We are writing to our customers to explain the new overdraft rates that will apply from April 2020.

“As a result of these changes, 90% of customers with an overdraft will pay less than they do today.

“The majority of customers will pay the APR of 39.9% on most of our current accounts, 27.5% on our Club Lloyds account.

“Customers will be offered a personalised overdraft rate, up to 49.9%, depending on their circumstances.

“We have not charged unarranged overdraft fees or returned item fees since 2017, and this will not change – we know this simple approach is valued by our customers.”

Changes from April 6 will ban fixed fees for borrowing through an overdraft, calling an end to daily or monthly charges – with the aim of making overdraft charges clearer and easier to compare so that people can shop around.

Santander has already announced it is slashing the interest paid to holders of its flagship 123 current account as well as imposing a new overdraft rate of 39.9%.

From May 5, the bank will chop the in-credit interest rate from 1.5% to 1% on balances up to £20,000. Cashback paid on household bills will also be capped.

HSBC, First Direct and M&S Bank will all introduce rates of 39.9% from March 14.

NatWest will charge up to 39.49% for overdraft borrowing and its changes will take effect from March 27.

Barclays will introduce changes from March 22, with a new new overdraft rate of 35%.

A TSB spokeman said: “From April 1, in line with industry regulation, we will be moving to a single rate for all overdrafts within our current account range and from this date, customers will be charged a fixed rate of interest (39.9% EAR) for both arranged and unarranged overdrafts.

“Following these changes, 70% of TSB customers will pay the same, or less, for their overdraft than they currently do.

“We are also reducing the maximum monthly charge cap a customer will pay on unarranged overdrafts from £80 to £30 per month.”