The frontrunner to become the next Labour leader has been urged to quit the race to make way for a woman.

Sir Keir Starmer is currently the favourite to take over from Jeremy Corbyn but he is the only male in the contest.

Now Labour chairman Ian Lavery, who at one point in the contest considered standing for leader himself, has called on the shadow Brexit secretary to stand aside so that the party can elect its first ever female leader.

Speaking at a rally in support of shadow business secretary Rebecca Long-Bailey, Mr Lavery said: "We need a female leader of the Labour Party... Stand aside, Keir." 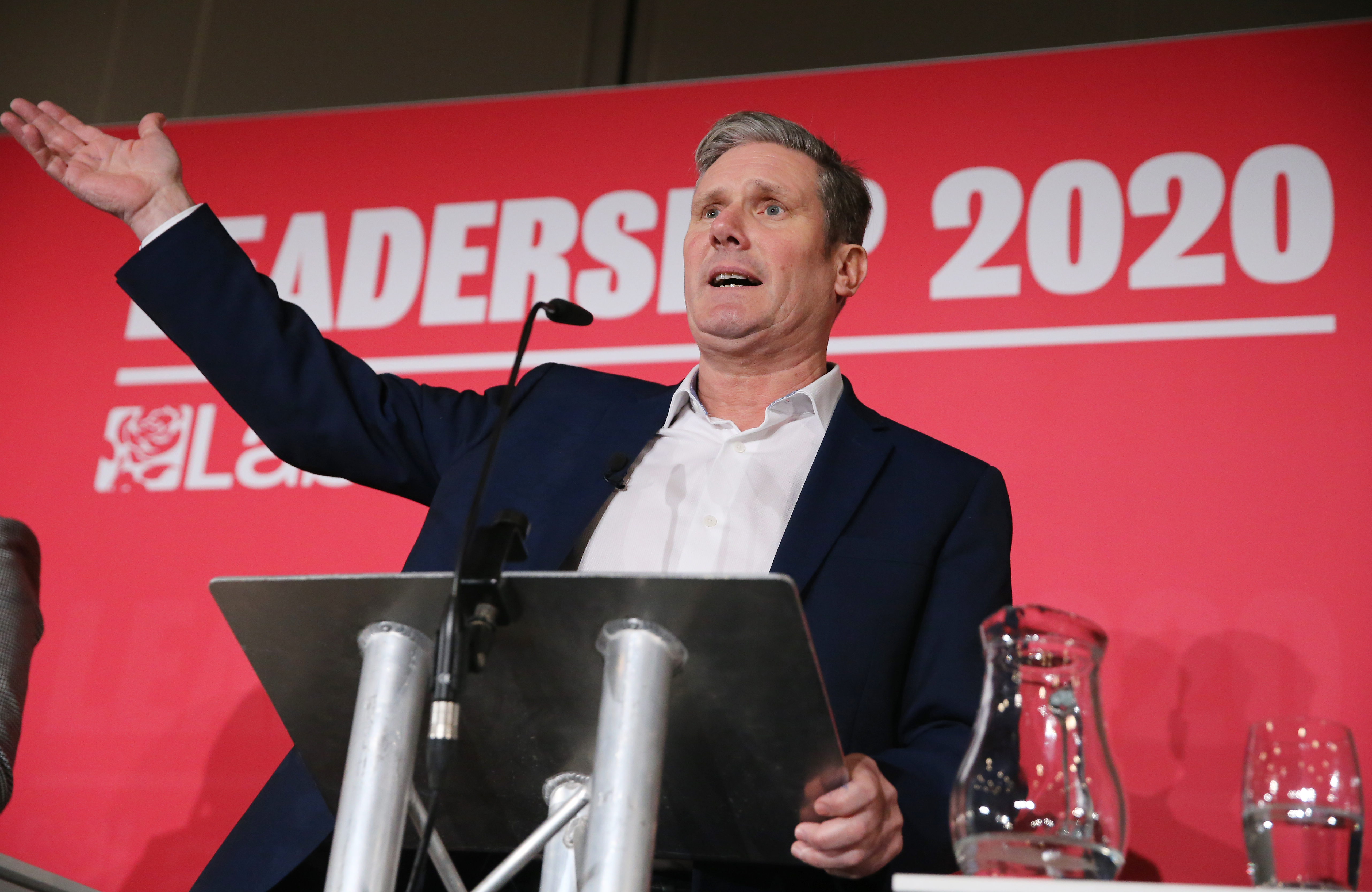 He said: "If we stand with Rebecca Long-Bailey, Baileyism, we'll have a leader who can take the fight to the Tories not in 2024 but in 2020. We've got a woman who is as strong as anyone within the party.

Sir Keir is now standing against three people for the leadership, all women – Ms Long-Bailey, Lisa Nandy and shadow foreign secretary Emily Thornberry – following the decision by Jess Phillips to quit the contest on Tuesday.

Outspoken backbencher Phillips, who was a prominent critic of Jeremy Corbyn's leadership, acknowledged she would not be able to unite the unions, members and Labour MPs behind her.

She said Labour had to "talk to the country on their terms, not just on ours" to win an election.

"In order to do that, the Labour Party will need to select a candidate that can unite all parts of our movement – the union movement, the members and elected representatives – I have to be honest that at this time, that person isn't me," she said.

Ms Nandy took a big step towards making it on to the final ballot paper yesterday after she won the backing of the GMB union.

The endorsement of the GMB puts Ms Nandy within touching distance of a place on the final ballot paper.

Sir Keir is the frontrunner in the contest, having already secured his place on the final ballot paper as a result of nominations from unions Unison and Usdaw and the Socialist Environment and Resources Association (Sera), an affiliate group.

Candidates need the nominations of three Labour affiliates, including at least two unions, which amount to at least 5% of affiliate members.

The only other route on to the ballot paper is by receiving nominations from at least 33 constituency Labour parties (CLPs).

With Ms Long-Bailey expected to pick up the support of the major Unite union to be Sir Keir's main rival, Ms Thornberry appears to face an uphill battle to make it through to the next stage of the contest.

Jeremy Corbyn is Labour members' favourite leader of the past century