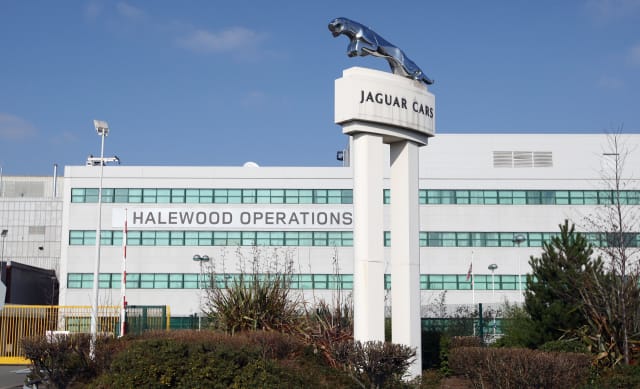 Car giant JLR is cutting jobs at one of its UK plants in a fresh blow to the car industry, according to Unite.

The union said it understands the redundancies at Halewood, Merseyside, are a result of ongoing economic uncertainty, with slower than forecast rate of growth for the Range Rover Evoque and Land Rover Discovery Sport models produced at the factory.

It is understood that hundreds of jobs are set to be cut.

Workers were told on Wednesday that job losses are a result of changing the shift system to deliver flexibility efficiencies that longer term should benefit employees and the company, which is set to come into effect from April.

National officer Des Quinn said: “This is a further blow to the UK car industry in general and to our members at Halewood in particular.

“Unite will be ensuring that the commitment to limit job losses to voluntary redundancies is fully honoured.

“The challenges being faced at JLR are also being experienced by other UK car factories.

“The UK’s car industry has plummeted from being the jewel in the crown of the UK’s manufacturing sector in a few short years, directly as a result of Government inaction.

“Until the Government ensures that there is long-term frictionless trade and no tariffs with the European Union, along with meaningful investment in the infrastructure to ensure the success of electric vehicles, the UK’s car industry will continue to experience severe challenges.”