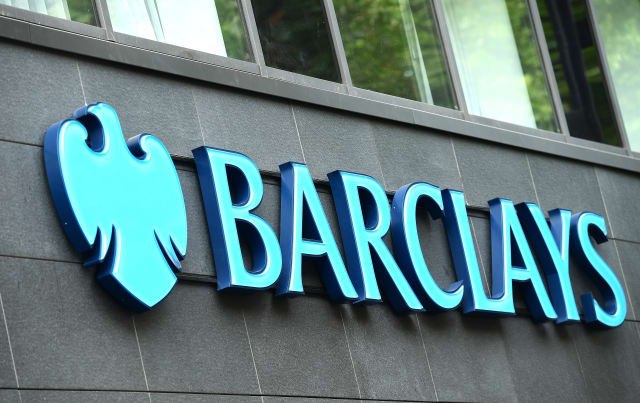 Barclays boss Jes Staley has warned that further cuts in UK interest rates are becoming a less powerful tool to boost the economy and risk taking their toll on the banking system.

The bank’s chief executive told CNBC at this year’s World Economic Forum in Davos the “effectiveness of even looser monetary policy is losing its grip” amid mounting speculation that the Bank of England may vote to slash rates, potentially as early as this month.

He warned that rock-bottom interest rates – currently 0.75% in the UK – put pressure on retail banking profit margins, which could hurt lenders and their ability to support the economy.

Instead, he said, the key developments to support the economy this year could come from the Government’s fiscal moves, with all eyes on Chancellor Sajid Javid’s Budget in March.

He said: “It makes it harder, to sail into headwinds of ever-lower interest rates, and, at some point, central banks across Europe have to look at the health, or lack thereof, of the European banking system … and say ‘Do we need stronger banks, to get the economy to go?'”

His comments in Switzerland come ahead of the Bank’s next rates decision on January 30, with financial markets recently pricing in a 60% chance of a cut after gloomy recent growth figures and fears of a low inflation trap.

But solid jobs figures on Tuesday were seen as taking the pressure off the Bank to cut rates imminently after the data showed employment far outstripping expectations, hitting an all-time high of 76.3% in the three months to the end of November.

Mr Staley gave a bullish overview of Barclays’s performance in 2019, ahead of its annual results on February 13.

“We had a pretty good year in 2019, you know, the UK consumer is in pretty good shape, so our numbers … are quite comfortable,” he told CNBC.

He said the group grew its mortgage book and its investment bank, which he said had taken the pressure off the group from activist investors.

Barclays came under heavy fire last year from investor Edward Bramson, who was pushing for the group to shrink its investment bank and demanded a seat on the board.

He lost his attempt to join the board and has since toned down his siege on the bank.

“You do see our activists have pretty much pulled back,” said Mr Staley.