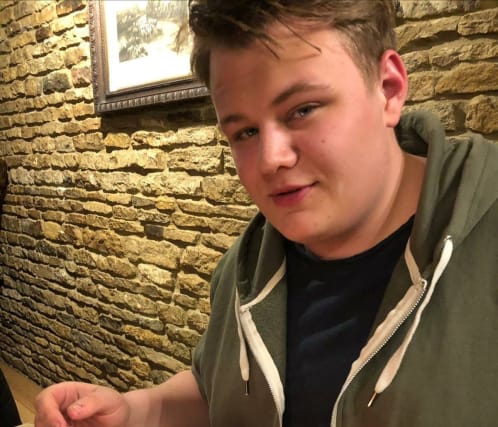 The family of Harry Dunn have pleaded with the Ministry of Defence (MoD) to undertake an “urgent” review into road safety around US military bases after the teenager’s death.

In a letter to Defence Secretary Ben Wallace, the 19-year-old’s parents ask for a meeting to hear about the steps the MoD will take to “ensure this never happens to another family again”.

Mr Dunn’s mother Charlotte Charles and father Tim Dunn say they have been informed of 15 separate incidents in which people have either died or suffered life-changing injuries after being “struck by Americans driving on the wrong side of the road”.

Their teenage son died when his motorbike crashed into a car outside RAF Croughton in Northamptonshire on August 27 last year.

The suspect in the case, 42-year-old Anne Sacoolas, the wife of a US intelligence official, was granted diplomatic immunity following the crash and was able to return to her home country, sparking an international controversy.

Despite the UK making an extradition request for Mrs Sacoolas, the Prime Minister has said the chances of her returning are “very low”.

The US State Department has said the request for Ms Sacoolas’s return is highly inappropriate and would be an abuse.

After the emergence of footage of a separate road incident in which a blue BMW appeared to be driving on the wrong side of the road, Chief Constable of Northamptonshire Police Nick Adderley said he would be funding driver training for all US staff at the base from March 12.

The video, reported to the force on Saturday, shows the car with what appears to be a registration number used on US government vehicles in the UK.

In the letter addressed to Mr Wallace, it reads: “Sadly, a very clear pattern has emerged of strikingly similar tragedies having occurred over the years outside RAF bases occupied by the Americans around the country, at the hands of American drivers.

“We have been approached by dozens of families with their own stories. We are aware of at least 15 people who have either died or suffered life-changing injuries having been struck by Americans driving on the wrong side of the road.

“There are likely to be more as people learn of Harry’s story. I am sure you will agree, this pattern must stop.”

Outlining the questions they have urged the Defence Secretary to answer, the family’s letter, written by their spokesman Radd Seiger, continues: “I am sure you will agree, the safety of residents in the communities around the bases must be an absolute priority and we appear to have failed many, many families in that respect over the years. That is not acceptable.

“What steps will you and your department now take to ensure this never happens to another family again?

“Will you meet with the family and I as soon as possible and stand shoulder to shoulder with us in our campaign so that no further blood is shed needlessly?”

Commenting on the letter, Mr Seiger told the PA news agency: “Ever since the terrible pattern of carnage that has emerged involving US serving personnel driving off base and crashing into local drivers … it has become clear to Harry’s family that things have to stop.

“We were pleased to see Nick Adderley’s intervention at the weekend in respect of Croughton but this is a national issue.

“I look forward to a prompt reply from the Defence Secretary and to sitting down with him to plan urgent remedial action.

“We are glad to have the Americans here keeping us safe from harm overseas. But it is of no use if they are harming us at home.”