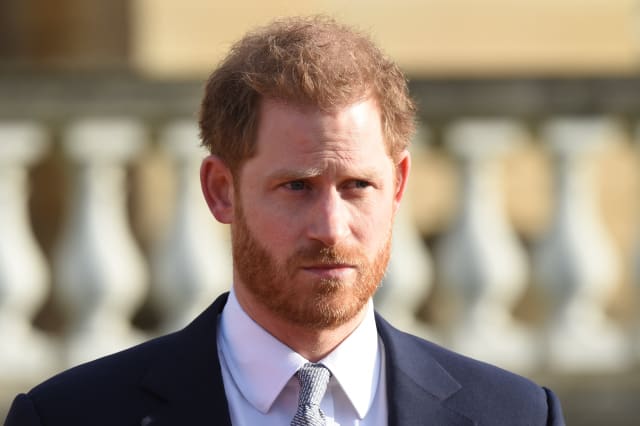 A Canadian shopkeeper who shared a hug with the Duke of Sussex when he visited her home decor store before Christmas said she is happy he has returned “home”.

Chris Stephen owns Lilaberry in Sidney, British Columbia, near to where Harry, the Duchess of Sussex and their baby son Archie are staying as they attempt to forge a new life for themselves.

The duke touched down in Canada on Monday and the family’s arrival has made headlines around the world following their decision to step back from the monarchy.

Residents in Vancouver Island, on the country’s Pacific Coast, have largely welcomed the new arrivals, though many are concerned about taxpayers potentially footing the bill for their security costs.

Ms Stephen, who said she has had a special place in her heart for Harry since watching the funeral of Diana, Princess of Wales in 1997, is glad he has returned after he visited her shop in December.

She told the PA news agency: “It was funny last night when the news said that he had arrived back, I immediately thought, ‘oh good, I’m glad he’s home’. I don’t have to worry about him.

“And when I say worry about him, worry about the press and all the nastiness and negativity that seems to be out there. People passing opinions, who you would think they live under the same roof and know all the ins and outs of what they’re going through.”

Ms Stephen, 60, said life on Vancouver Island has been “a bit of a carnival” since news of the Sussexes’s arrival broke and called on the paparazzi to leave the couple in peace.

“Now that the excitement has sort of worn off, they’ve made their plans known, it’s time to just allow them to get on with the changes in their life,” she said.

“The paparazzi needs to go home and leave them alone and let them do what is coming natural to them and wanting to be independent and raise their child in peace and be able to do what they want to do and not be hounded. I think it’s time.”

Ms Stephens, a mother of three sons, said she has had a soft spot for Harry since Diana’s death and always hoped to one day give him a hug.

Her chance came before Christmas and the store owner said she was immediately struck by Harry’s blue eyes when he visited, reportedly to buy decorations.

“As luck would have it, he came into my shop and that emotion came flooding back,” she said. “And I asked and I was granted the opportunity to give him a hug and it’s a gift that I will cherish and carry in my heart forever.

“It was very special, he was very lovely, and very accommodating and just a nice young man. Just a very, nice, pleasant young man.”

Ms Stephen also said the Sussexes have an open invitation for dinner at her home.

“As a Canadian, I welcome them and I still hope to invite him to dinner and hope he’ll come for a good old Canadian barbecue,” she said.