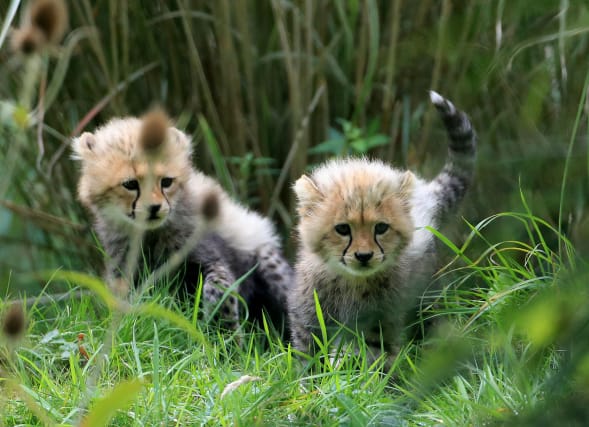 Two cheetahs born in Britain will be released into the wild in South Africa next month.

Brothers Saba and Nairo were born at Port Lympne in Kent two and a half years ago and live in the county’s Howletts Wild Animal Park.

It will be the first time hand-raised cheetahs have left the UK for
re-wilding in Africa, according to The Daily Telegraph.

The cheetahs will leave the UK on February 6 and will be flown to Ashia, a cheetah centre in Western Cape before moving to Mount Camdeboo Private Game Reserve, a 35,000 acre site in Great Karoo.

They will undergo a re-wilding process developed by the Ashia Cheetah Sanctuary.